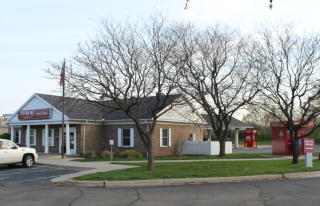 TCF designed its application process to hide the fees and make overdraft seem a requirement for new customers to open an account, the Consumer Financial Protection Bureau said Thursday. The bureau also said that TCF adopted a loose definition of consent for existing customers to opt into the service and pushed back on any customer who questioned the process.

“Today we are suing TCF for tricking consumers into costly overdraft services in order to preserve its bottom line,” said Richard Cordray, director of the bureau. "‎TCF bulldozed its way through protections against automatic overdraft enrollment and then celebrated its unusual sign-up success.”

TCF National Bank operates about 360 retail branches in Minnesota, Wisconsin, Illinois, Michigan, Colorado, Arizona, and South Dakota. It offers checking accounts and charges about $35 each time a consumer overdrafts by spending or withdrawing more money than is available.

In 2010, federal rules prohibited financial institutions from charging overdraft fees on ATM and debit card transactions – such as swiping a debit card at a store – unless consumers opted in. If consumers don’t opt in, banks can decline the transaction, but can’t charge a fee. The “opt-in” rule applies to new accounts and existing accounts.

TCF relied on overdraft fee revenue more than most other banks and saw that the opt-in rule could impact its business, according to the bureau’s lawsuit. In 2009, it estimated that about $182 million in annual revenue was “at risk” because of the opt-in rule.

It began consumer testing and determined that the less information it gave consumers about opting in, the more likely consumers would opt in.

TCF’s strategy also consisted of bonuses to branch staff who got consumers to sign on, the bureau’s lawsuit alleges.

In 2010, branch managers at the larger branches could earn up to $7,000 in bonuses for getting a high number of opt-ins on new checking accounts. After the bank stopped the bonuses, some regional managers instituted opt-in goals for branch employees.

Staff had to reach high opt-in rates of 80 percent or higher for all new accounts. While the bank’s official policy was that an employee couldn’t be terminated for low opt-in rates, many employees thought they could lose their job if they didn’t meet sales goals.

The bank’s strategy worked, the bureau alleges, and that by mid-2014, about 66 percent of the bank’s customers had opted in, a rate more than triple that of other banks.

The chief executive officer of the bank named his boat the “Overdraft,” according to the bureau’s lawsuit. TCF’s senior executives were pleased with the bank’s effectiveness at convincing consumers to opt in, and they had parties to celebrate reaching milestones, such as getting 500,000 consumers to sign up.

The bureau alleges that the bank: