Home About Newsletter Categories Donate
Top places to travel for the upcoming three-day holidays
More than 1.3 million additional Toyotas and Hondas recalled due to airbag problems 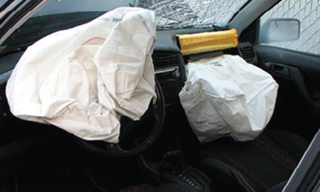 Takata Corp., one of the world’s largest suppliers of automotive safety equipment, agreed to plead guilty to wire fraud and pay a total of $1 billion in criminal penalties due to the company’s fraudulent conduct in the sale of defective airbag inflators. Three Takata executives also were charged with wire fraud and conspiracy for the same conduct.

“Automotive suppliers who sell products that are supposed to protect consumers from injury or death must put safety ahead of profits,” said U.S. Attorney Barbara McQuade.

“For more than a decade, Takata repeatedly and systematically falsified critical test data related to the safety of its products, putting profits and production schedules ahead of safety,” said the Justice Department’s Fraud Section Chief Andrew Weissmann.

According to the company’s admissions, in the late 1990s, Takata began developing airbag inflators that relied on ammonium nitrate as their primary propellant. As early as 2000, Takata knew that some ammonium nitrate-based inflators weren’t performing to the specifications required auto manufacturers. Takata also knew that some inflators had failures, including ruptures, during testing.

However, Takata induced its customers to purchase these airbag systems by submitting false reports and other information that hid the true condition of the inflators. The fraudulent data made the performance of the company’s airbag inflators appear better than it actually was, including by omitting that, in some cases, inflators ruptured during testing.

Takata employees – including key executives – routinely discussed the falsification of test reports being provided to Takata’s customers in email and in verbal communications. Even after the inflators began to experience repeated problems when used in cars – including ruptures causing injuries and deaths – Takata executives continued to withhold the accurate inflator test information and data from their customers.

In addition, Takata took no disciplinary actions against those involved in the falsification of test data until 2015, despite the fact that senior executives had been made aware of the fraudulent conduct years earlier.

Takata has agreed to plead guilty to a one-count of wire fraud. Under the terms of the agreement, Takata will pay a criminal penalty of $1 billion, including $975 million in restitution and a $25 million fine.

Two restitution funds will be established: a $125 million fund for consumers who have been physically injured by Takata’s airbags and who haven’t reached a settlement with the company, and a $850 million fund for airbag recall and replacement costs incurred by auto manufacturers who were victims of Takata’s scheme.

A court-appointed administrator will oversee the distribution of restitution funds.

Takata has also agreed to carry out internal controls, retain a compliance monitor for three years, and cooperate with the department’s ongoing investigation, including its investigation of individuals.

The three Takata executives – Shinichi Tanaka, 59; Hideo Nakajima, 65; and Tsuneo Chikaraishi, 61, all Japanese citizens – were each charged in an indictment filed on Dec. 7, 2016, with one count of conspiracy to commit wire fraud and five counts of wire fraud for their alleged conduct in connection with the fraud scheme.