Baby boomer bloggers are traveling, cooking, and thinking about the future 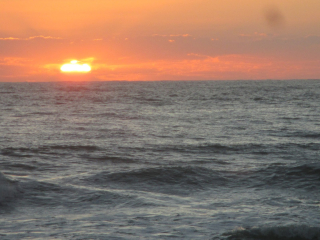 While there’s been some good consumer news this past week, more Volkswagen owners will get a deal on their polluting vehicles, President Trump has set off a couple of “bombs” that will be hugely detrimental to consumers.

Trump issued an executive order to begin the process to dismantle consumer protections put in place after the Great Recession to curb the financial excesses of Wall Street. He also issued one saying for every new regulation a federal agency issues, it has to get rid of two. I call the idea silly.

My boomer blogging friends are having a better time. Here are their reports on what they’re up to.

Tom Sightings of Sightings Over Sixty is on vacation where it’s warm. He’s searching for a place to retire so he’s looking into “Does Cold Weather Help You Live Longer?”

Meryl Baer of Six Decades and Counting spent a few fun days this week in the hip, artsy, foodie, and beer city of Asheville, North Carolina. Baer spent one afternoon wandering the streets of downtown on a food tour. Read about her filling day in “Savoring the Cuisine of Foodtopia City.”

Carol Cassara of Heart•Mind•Soul offers easy, healthy recipes that are time saving and good for us.

Laura Lee Carter of the Adventures of the New Old Farts has been dealing with the possibility of lung cancer and her own mortality in the past few weeks. Carter says it’s sobering to think about, but realistic all the same.

This is the 483rd issue of the Best of Boomer Blogs. Click on the links above to read the articles described. And, be sure to join in the conversations. Boomer bloggers love to hear from readers.