Being assertive can help you be happier 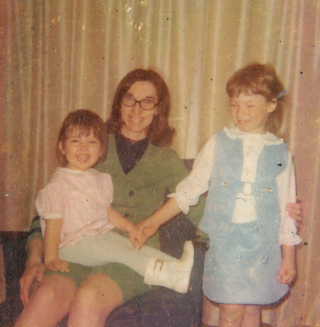 After growing up on farms in Central Washington state in a family dominated by a stern father, I was shy.

Fortunately, as an adult I learned how to be assertive. It’s helped me to be happier.

As a young mom, I learned in a class on Parent Effectiveness Training how to communicate more positively. Rather than ranting at people in arguments, we were shown how to send “I” messages. When someone is upset and wants to argue, rather than getting into a cycle of yelling, you can say something like, “I get upset when people yell at me,” then try to talk about the problem without arguing.

Active listening, fully concentrating on what is being said, and reflecting back what you’ve heard also were techniques emphasized.

Something that also really helped me was Parent Effectiveness Training’s 10 roadblocks to communication.

Another thing that helped was counseling. In mid-life, when I had many challenges, a good therapist helped me figure out that some of the patterns that I’d developed in my family of origin weren’t working anymore and weren’t healthy.

Over the years, I’ve increased my skills in being assertive – expressing yourself effectively and standing up for your point of view, while also respecting the rights and beliefs of others.

One of the times when being assertive is helpful is when I have a consumer complaint. I talk to someone in the company in a positive way, telling them what happened and how the problem can be resolved. Many people, who have had customer relations training, respond well and the problem is resolved.

I also learned that being assertive at work helps me feel better. When I didn’t stand up for myself, when I went home I felt bad.

Being assertive makes me feel happier.

I’ve helped a good friend learn assertiveness skills. When he has a success, he calls me and tells me he’s done a “Rita.” What a nice compliment.

So try it out. Being asserting can bring you more happiness in life.