How will Trump’s environmental budget cuts affect you? 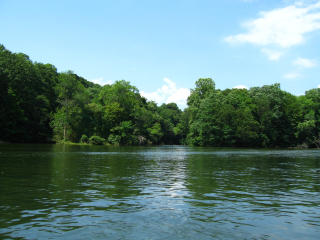 "President Trump's budget cuts would cause untold – and perhaps irreparable – damage to New York's rivers, lakes, and drinking water," said Schneiderman. "Even before these massive cuts, EPA represents just two-tenths of 1 percent of the federal budget – yet it's responsible for protecting our environment and public health.”

Trump’s proposed budget would cut the EPA’s budget by $2 billion – a 25 percent cut – and the EPA’s workforce by 20 percent, which means 3,000 employees would be fired. Grants to states and air and water programs would be cut by 30 percent.

Schneiderman said these huge cuts would devastate the public and environmental health programs people depend on, including those that ensure safe drinking water and clean water; reduce lead poisoning in children; protect homeowners from radon; ensure coastal waters are safe for recreation; clean up and return contaminated sites to productive use; ensure that companies are controlling toxic chemicals; research threats of emerging contaminants; and protect against environmental injustice.

An example: The cuts would harm the state-federal partnership that provides cities with funding to ensure safe drinking water and keep water clean by treating wastewater.

“Without essential funding, municipalities will be hard-strapped to finance and ensure the safety of their drinking water supplies – potentially jeopardizing the health of millions of New Yorkers,” he said.

The Trump administration also proposes a 97 percent cut to the EPA’s funding for the Great Lakes Restoration Initiative. The initiative has been critical in improving and protecting the health of the bodies of water, Schneiderman said.

The attorney general sent his comments on the proposed EPA cuts in a letter to Office of Management and Budget Director Mick Mulvaney and EPA Administrator Scott Pruitt.

The letter also said the huge proposed cuts to climate change research will affect not only water quality and infrastructure but the air quality and overall health, safety, and welfare of all New Yorkers and Americans. He said the devastating rainfall caused by Hurricane Irene in 2011, which dumped more than 11 inches of rain on the Hudson Valley, Eastern Adirondacks, Catskills, and Champlain Valley in just 24 hours, caused 31 counties to be declared disaster areas.

“Despite the overwhelming scientific consensus on climate change, and the human contribution to it, the president continues not only to question the underlying science, but through the planned EPA budget and other actions, also work to undermine our nation’s leadership and commitment in fighting it,” he said.

Schneiderman said he would use the power of his office to force the agency to meet its obligations and to hold polluters accountable.