RyanTrumpCare fails in its first attempt in Congress 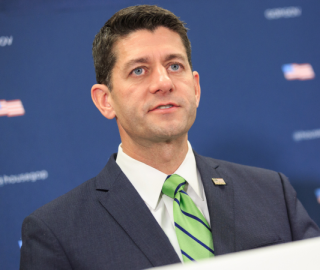 Speaker of the U.S. House of Representatives and President Donald Trump couldn't get enough votes to repeal and replace the Affordable Care Act Friday, despite the fact that Trump pushed hard for the proposal. Ryan withdrew the bill.

"We couldn't reach consensus today," Ryan said, adding that's why he decided to pull the bill.

Trump blamed the defeat on the Democratic Party, although the reason the proposal failed is that conservative Republicans wanted much a harsher replacement plan and moderate Republicans thought it went too far.

"Obama care will explode," Trump said, adding Democrats will come to the Republicans asking to work together to replace and repeal the Affordable Care Act.

The truth is the act is working well for millions of Americans. Trump and others complain about health care costs going up, but Ryancare-Trumpcare and the act, too, don't address rising costs because the medical industry lobbyists have been successful stopping any price containment regulations.

Nancy Pelosi, minority leader for the U.S. House of Representatives, said today is a great day for the country.

"This was a victory for all Americans," Pelosi said in a Tweet. "Democrats - united by our shared values - have stood strong against the disastrous #TrumpCare bill."