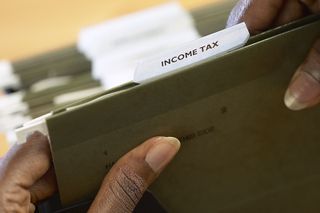 Oh, the trauma of getting your income taxes prepared.

Meryl Baer, blogging at Six Decades and Counting, describes her frustrations trying to prepare her taxes. In order to use Turbo Tax, she had to upgrade her OS, operating system.

That happened to me several years ago. I was stunned after buying Turbo Tax at Costco that it wouldn’t work on the OS I had on my Apple computer, Snow Leopard. I couldn’t update to El Capitan quickly because I had 100,000 photos on my computer’s hard drive. I had to figure out to get the photos on an external hard drive first.

Still mad at Turbo Tax last year, I found it difficult to use, I decided to try H&R Block again. I used it about a decade ago when I had an unusually complex tax year, and found it very expensive.

Unfortunately, the same thing is going on at H&R Block. I couldn’t get an estimate over the phone or from the tax preparer when I met with him. He said he’d give me the cost at the end of the session, and I could reject the whole thing if I thought it was too expensive. The cost was a whopping $472. Although I was outraged, I paid the high fee because I was simply worn out.

I have small business expenses, so I have four schedules. I figured out H&R Block charges you $100 per schedule. So beware. I think H&R Block uses bait and switch tactics.

Baer has finished her taxes. However, I’m just starting.

Other spring activities she reports from boomer bloggers are surviving a power outage, getting marijuana for pets, finding meaning in retirement, and learning about last week’s consumer news, including the failure by Republicans to repeal and replace the Affordable Care Act.

Baer reports on these articles in the Best of Boomer Blogs #490. Click here to get links to the articles. And, be sure to join in the conversations. Boomer bloggers love to hear from readers.