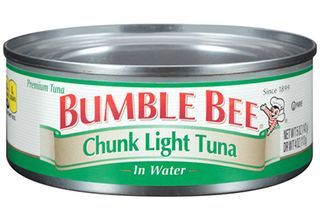 Bumble Bee Foods has agreed to plead guilty for its role in a conspiracy to fix the prices of canned and pouch tuna fish sold in the United States.

Bumble Bee and its co-conspirators agreed to fix the prices of tuna fish they sold from 2011 through 2013, U.S. Department of Justice said. In addition to pleading guilty, Bumble Bee has agreed to pay a $25 million criminal fine.

Bumble Bee has also agreed to cooperate with the Antitrust Division’s ongoing investigation. The plea agreement is subject to court approval.

“Today’s charge is the third to be filed – and the first to be filed against a corporate defendant – in the Antitrust Division’s ongoing investigation into price fixing among some of the largest suppliers of packaged seafood,” said Acting Assistant Attorney General Andrew Finch of the Justice Department’s Antitrust Division.

The charge against Bumble Bee is the result of an ongoing federal antitrust investigation into the packaged seafood industry, which is being conducted by the Antitrust Division’s San Francisco Office and the FBI’s San Francisco Field Office.

On Wednesday, Walmart, one of the nation’s largest retailers, filed a lawsuit against Bumble Bee, Starkist, and Chicken of the Sea alleging the three tuna companies were colluding to fix prices.

The Walmart lawsuit alleges a much broader and longer-lasting conspiracy among the three tuna brands than the department found in its investigation. For details on the Walmart lawsuit, see The Washington Post article “Three Popular Tuna Brads Conspired to Fix Prices, Court Records Allege.”