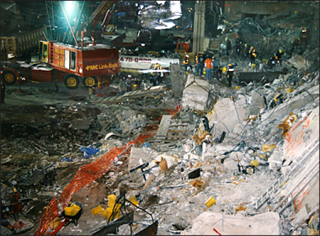 Top Notch Funding and two company officials are charged with lying in loan offerings to consumers who were waiting for payments from settlements in legal cases or from victim-compensation funds. These consumers included former NFL players suffering from neurological disorders, victims of the Deepwater Horizon oil-rig disaster, and 9-11 first responders.

In a lawsuit and proposed consent order filed in federal court, the Consumer Financial Protection Bureau is seeking to prevent Top Notch, its owner Rory Donadio, and his business associate John “Gene” Cavalli, from offering or providing these types of offers in the future, and to require them to pay $70,000 in penalties. The proposed penalties take into account the defendants’ inability to pay more, said Richard Cordray, director of the bureau.

“It is reprehensible that Top Notch and its owner sought to scam NFL concussion victims, 9-11 heroes, and others to turn a quick profit,” said Cordray. “We allege that this company, its owner, and its associate misled vulnerable consumers by lying about the terms of the deals they offered. Our proposed order seeks to knock these parties out of this business altogether, and impose penalties on them.”

Top Notch, owned and operated by Donadio, and Cavalli, who’s Donadio’s business associate, marketed to consumers who were entitled to payments from legal settlements or victim-compensation funds. These consumers included former NFL players who are entitled to receive money from a settlement with the National Football League for injuries suffered while playing professional football, individuals who were harmed by the Deepwater Horizon oil-rig accident and are entitled to payouts from settlements related to that incident, and first responders injured as a result of the Sept. 11, 2001, World Trade Center attack who were entitled to payments from the Zadroga Fund established by Congress.

The lawsuit alleges that the company, through Donadio and Cavalli, offered loans while lying about the cost of the loans in the long run and other important facts. The bureau’s lawsuit, filed in federal court, alleges that in marketing the loans, Top Notch, Donadio, and Cavalli engaged in deceptive acts and practices including: