Top 10 list of irritating things that tourists do on vacation 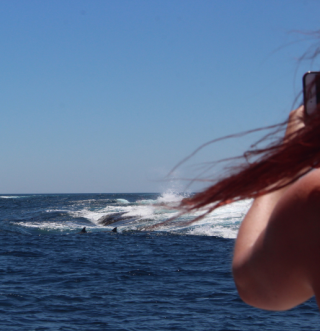 Recently, I just returned from a great two-week vacation to Sydney and Perth, Australia. The purpose was to visit Sydney where I lived in the late 1960s and see a new city I hadn’t visited before, Perth.

In observing tourists on about a dozen tours and around the cities, I found these irritating things that tourists did:

1. A woman pulled a hair out of the eyebrow of her 6-year-old daughter with her fingers.

2. People talked to each other on and on, some loudly, while we were trying to listen to the tour guide describe the tour.

3. People talked on their cell phones, oblivious to the fact that others around them were being disturbed.

4. People crowded in front of us. When I was trying to do a selfie from the Sydney Tower, I woman got right in front of me. I thought she was going to just snap a photo, but no, she was doing a video with her cell phone. She kept filming and filming. So, I talked about how rude she was to get in front of me. I just kept talking most of the time she was making the video.

5. Children not being kept under control. At a place where liqueur was being put in chocolates, two kids about 4 and 5 years old were using a sample spoon each and taking taste after taste out of the filling bowls where people were to take a taste. I went over and told them not to do it. They just kept eating out of the sample dishes. Finally, their parents came over and told them to stop. Another case: When we were at our hotel lobby, a 3 and 5-year-old, ran by the desk screaming for 10 to 20 minutes. Apparently, the parents were having dinner in the restaurant and didn’t care about what the kids were doing. The young girl was barefoot.

6. People not being concerned about others on the tour. On a boat trip to Rottnest Island off the coast of Perth, I was lucky to get in the front row on the back of the boat so I could take photos. Two women in their early 30s, one dressed in a black lace shorts outfit that showed off her navel ring, came and stood at the rail in between the two rows of seats. After they took numerous selfies and photos, I thought they’d move to the back of the boat because they were blocking the view of most of the people on the deck of the boat. But, oh no. They stood at the rail the entire time, their ponytails flipping around in the wind. When we went on a speed boat ride around the island, my great-nephew and I picked the second row of seats because we didn’t want to get splashed in the front row. There they came, thrilled to be in the front row, ponytails flying again. On the way back to Perth, they were happy to be seated in the front row. I think they were trying to attract the attention of guys. They were irritating.

8. People coughing and sneezing and not covering their mouth and noses.

9. Seatmates on the airplane having their movie on so loud you can hear it despite the fact that they’re wearing headphones. In addition, seatmates who laugh out loud at their movies when you’re sleeping.

10. People feeding the wild animals, touching them, and going close to them, such as sea lions on the beach, when they were told not to do it.

Despite these items, I had a great time on my Australian vacation. Stay tuned for articles and photos from my trip.