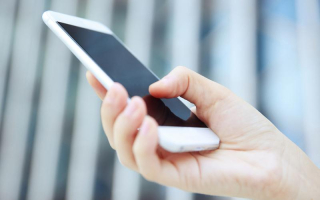 It’s a topic I’ve been concerned about for years. What federal agencies have said is that there isn’t sufficient evidence that shows they’re harmful, so they don’t know.

As smartphone use continues to increase in the United States, especially among children, the California Department of Public Health Wednesday issued guidance for individuals and families who want to decrease their exposure to the radio frequency energy emitted from cell phones.

Although the scientific community hasn’t reached a consensus on the risks of cell phone use, research suggests long-term, high use may impact human health, said Karen Smith, M.D., director of the department and state public health officer.

"Although the science is still evolving, there are concerns among some public health professionals and members of the public regarding long-term, high use exposure to the energy emitted by cell phones," Smith said. "We know that simple steps, such as not keeping your phone in your pocket and moving it away from your bed at night, can help reduce exposure for both children and adults."

The department was forced to release the guidelines in March after a lawsuit by University of California, Berkeley, researcher Joel Moskowitz, M.D. At the time, the department said the guidelines were only a draft, but now they’re the state’s official position.

In studies by the federal National Toxicology Program, male rats exposed to cell phone radiation had a greater chance of developing a brain cancer called malignant glioma, as well as developing a tumor found on the heart. Based on human epidemiological studies demonstrating increased risk of brain tumors, the World Health Organization has declared cell phone radiation a possible carcinogen.

Cell phones emit radio frequency energy when they send and receive signals to and from cell towers.

Cell phone use in the U.S. has increased dramatically in recent years. About 95 percent of Americans own a cell phone, and 12 percent rely on their smartphones for everyday Internet access. In addition, the average age when children get their first phone is now 10 years old, and a majority of young people keep their phones on or near them most of the day and while they sleep.

"Children's brains develop through the teenage years and may be more affected by cell phone use," said Smith. "Parents should consider reducing the time their children use cell phones and encourage them to turn the devices off at night."

The new department guidance includes practical steps both adults and children can take to reduce exposure to radio frequency energy from cell phones. That includes:

“Radiation Exposure Can Cause Cancer”

“Is Your Cell Phone Safe?”

Too bad there's nothing people seem able to do about being exposed to similar radio frequencies from electrical power & gas meters. No choice whether those are installed on the exterior wall of your hour or nearby. No studies that I'm aware of regarding the additive effects of exposure from multiple sources--no doubt there's no funding for such research. Might create a problem for all the utilities as well as cellphone manufacturers. For sure it won't be funded under Terrump.

Some utilities have alternatives for people who don't want to sign up for the so called smart meters. Usually, you have to pay more for the alternative. Check with your utilities about it.