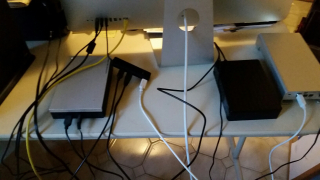 Last night, I had an upsetting experience when I talked to an Apple employee named Jesse.

For the last six weeks, I’ve been working on getting my Apple computers in better shape. I have a desktop I bought in 2010 and a laptop for travel that I bought a couple of years ago. Both had hard drives nearly full because I take hundreds of photos as a photojournalist.

I called Apple Care twice about which hub to buy. They gave me the wrong information twice, and I had to return both hubs. But, that’s not what I’m writing about.

Finally, I went out to Office Depot and bought an inexpensive hub. It seems to be working fine.

I wanted a bigger external hard drive for my desktop, so I did research and ordered one from Best Buy. I hooked it up to my desktop and got help on how to partition it – 5 TB for my new photos and 3 TB for the photos currently on my desktop hard drive.

Most of my photos are in chronological order. When I get photos out to use them on my blogs or to put albums on Facebook, I name the individual photos or albums. These copies I’ve been storing on the hard drive of my desktop. Since the desktop hard drive was nearly filled with photos and movies, it was time for action.

I got help from Apple copying the photos on my desktop hard drive to the external hard drive. As instructed, the next day I deleted them from the hard drive, having made sure they actually were copied over.

The next day, the Storage report showed that my hard drive was still nearly full of photos and movies. I called Apple Care again.

What Jesse told me was startling. He said the customer service representative who helped me the night before shouldn’t have helped me. He said my computer is obsolete and Apple would no longer be providing me with assistance. I was flabbergasted. My $3,000 computer obsolete already? I know it’s going to happen someday, but I’m not ready yet.

Just a few months earlier, an Apple representative told me upgrading from Sierra to High Sierra might be the last update to my operating system that I could do.

Fortunately, as a consumer journalist, I know that asking to speak to the supervisor often helps.

I talked to Tate and he apologized for the misinformation. I couldn’t believe it; Jesse telling me such wrong information. Tate said Jesse would be talked to about what he’d said to me.

We checked the Storage report, and it showed that the photos and movies were no longer on the hard drive. Tate helped me upgrade to High Sierra. It worked well, except I wasn’t able to get my emails.

Another Apple representative helped me figure that out today.