Home About Newsletter Categories Donate
Enjoying the Olympics? It's a good time to multitask
States reach agreement with Takata on defective airbags 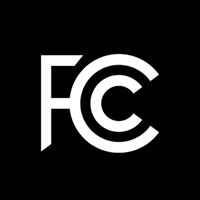 “Today, the FCC made official its illegal rollback of net neutrality – and, as promised, our coalition of attorneys general is filing suit,” said New York Attorney General Eric T. Schneiderman. “An open internet, and the free exchange of ideas it allows, is critical to our democratic process.”

Repealing net neutrality will allow internet service providers to put corporate profits over consumers by controlling what they see, do, and say online, said Schneiderman.

The FCC can’t make “arbitrary and capricious” changes to existing policies, such as net neutrality, the attorneys general will argue in their suit. The FCC’s rule fails to justify the it’s departure from its long-standing policy and practice of defending net neutrality, while disregarding evidence on industry practices and harm to consumers and businesses.

In addition, the rule illegally preempts of state and local laws.