Home About Newsletter Categories Donate
Baby boomers offer a potpourri of ideas
What should you do about Facebook apps? 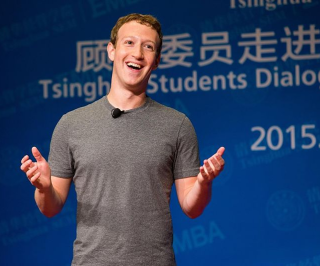 Federal and state regulators are investigating Facebook over reports information from at least 50 million Facebook profiles was given to third-party software developers without users’ knowledge or consent.

The Federal Trade Commission confirmed reports Monday that it has an opened an investigation into these practices.

“The FTC is firmly and fully committed to using all of its tools to protect the privacy of consumers,” said Tom Pahl, acting director of the FTC’s Bureau of Consumer Protection.

The tools include enforcement action against companies that fail to honor their privacy promises, or that engage in unfair acts that cause substantial injury to consumers, Pahl said.

Thirty-seven attorneys general sent a letter Monday to Facebook CEO Mark Zuckerberg calling for answers on Facebook’s role in the manipulation of users’ data by Cambridge Analytica —without their knowledge — as well as Facebook’s policies and procedures for protecting users’ private data.

“Facebook left millions of Californians’ personal information vulnerable,” said California Attorney General Xavier Becerra. “My fellow attorneys general and I demand answers on behalf of all those whose trust and personal data has been compromised.”

The letter requests that Facebook produce information regarding their business practices and safeguards to protect users’ privacy. The attorneys general want to know whether users were properly notified of how their personal data would be utilized, and whether Facebook had protective safeguards in place to ensure that data weren’t misused.

In addition to 50 million Facebook profiles being given to third-party software developers, reports also allege that Facebook’s previous policies allowed developers to pull the personal data of the “friends” of users who accessed third-party applications on Facebook.