Home About Newsletter Categories Donate
Where are the cities where consumers have the highest and lowest credit card scores?
Dual sensor smoke alarms are being recalled by Kidde because alarms could fail

FTC sues another telemarketer over Do Not Call violations 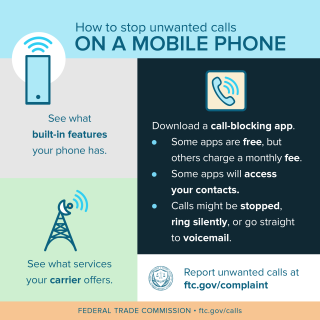 If a telemarketer calls you and you’re on the Do Not Call Registry, it’s usually illegal.

Like with many illegal telemarketing operations, each call usually started with a prerecorded message asking people to press 1 or follow prompts. Anyone who did was then connected to a live telemarketer.

Even after receiving many complaints, the companies continued to call people whose numbers were on the Do Not Call Registry, the FTC said. Some people scheduled installation appointments just to tell Alliance in person to stop calling, the FTC alleges. Alliance Security and Gotra previously settled charges with the FTC in 2014 while doing business as Versatile Marketing Solutions. “Defendants Alliance and Gotra have shown a blatant disregard for the law and consumers’ privacy rights,” said Tom Pahl, acting director of the FTC’s Bureau of Consumer Protection. “

Since the 2014 order, Alliance and Gotra allegedly have made or helped others make at least two million calls to consumers that violate federal law, including more than a million to numbers on the registry.

Alliance also contracts with third-party telemarketers that make similar outbound calls pitching its products and services, including many to numbers on the registry.

The lawsuit also charges Defend America and Power Marketing with violating federal law by not identifying the seller in their calls, and Alliance for telling the two companies not to identify it in calls to consumers. The complaint also alleges Alliance and Power Marketing deceived consumers by misrepresenting themselves as calling on behalf of ADT, an unrelated home security company.

According to the lawsuit, even after Alliance learned about the deceptive calls, it failed to end its contracts with these telemarketers.

For more information on the telemarketers, see the FTC’s National Do Not Call Registry.

If a company doesn’t respect the registry, report it, said Amy Hebert, consumer education specialist for the FTC. To add your number to the Do Not Call Registry, go to donotcall.gov or call 888-382-1222 from the phone you want to register

What if you’re on the registry and still getting a lot of unwanted calls? Chances are, many of them are from scammers – and they don’t care about the registry.

Find out your options when it comes to blocking unwanted calls – and report the ones you get at ftc.gov/complaint. The FTC takes the phone numbers you report and releases them every business day to help telecommunications carriers and others that are working on call blocking solutions. Complaints also help law enforcement identify the people behind illegal calls.

For tips on blocking unwanted calls, go to ftc.gov/calls.