Home About Newsletter Categories Donate
What should you do about Facebook apps?
Facts and figures for Easter 2018 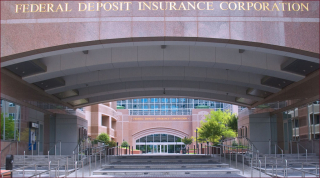 Cross River Bank, New Jersey, and an affiliated debt settlement company are being fined by the Federal Deposit Insurance Corp. due to charges that they misled consumers into getting debt settlement loans, the FDIC announced Wednesday.

As part of the settlement, Cross River Bank and Freedom Financial agreed to pay restitution to harmed consumers. Although the amount of restitution hasn’t been determined, $20 million has been placed in an account for restitution. In addition, the FDIC orders assess civil penalties of $641,750 against the bank and $493,500 against Freedom Financial.

Cross River Bank originates loans through Freedom Financial. The loans are offered only to consumers who contract with Freedom Debt Relief, a Freedom Financial-affiliated debt settlement company. Loans were marketed as a way for consumers to quickly resolve their outstanding debts. Consumers are charged a settlement fee of up to 25 percent of each debt enrolled in Freedom Debt Relief’s program.

As the originator of these loans, Cross River Bank is responsible for ensuring the loans program operates in compliance with federal laws.

The FDIC orders require Cross River Bank and Freedom Financial to develop and carry out a restitution plan that covers borrowers who, from 2013 to the present, received loans originated by the bank through Freedom Financial, and were harmed by unfair and deceptive practices.

Consumers who are eligible for relief under the settlement aren’t required to take any action to receive restitution.