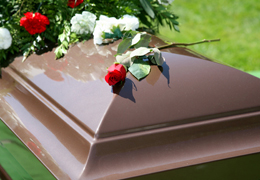 In 33 of the 134 funeral homes visited in 11 states during 2017, the Federal Trade Commission's undercover investigators found failures to disclose pricing information required by the FTC’s Funeral Rule.

By requiring a list of prices, the Funeral Rule allows consumers to compare prices and buy only the goods and services they want.

In addition, the FTC identified a number of funeral homes, in the test areas, with only minor deficiencies. In these cases, the FTC requires the funeral home to provide evidence that it has corrected the problems.

Funeral homes that violate the price list disclosure requirements for the first time can enter the Funeral Rule Offender’s Program or FROP, a training program run by the National Funeral Directors Association. The homes found in violation choose to enter the FROP rather the possibility of an FTC enforcement action seeking penalties, which can be as high as $40,654 per violation. Funeral homes that participate in the program make a voluntary payment to the U.S. Treasury in place of a penalty, and pay annual administrative fees to the NFDA.

Since the FROP began in 1996, the FTC has inspected nearly 3,200 funeral homes and found 559 homes with violations that required referral to FROP.