Home About Newsletter Categories Donate
Freixenet makes millions of bottles of cava at a reasonable price
What are good deals at Memorial Day sales?

Agusti Torello Mata, a leader in the cava industry, gives his winery his name

After visiting Albet i Noya, a small organic winery, and Freixenet, the largest seller of Spanish cava or sparkling wine in the world, we visited our third winery, Agusti Torello Mata. 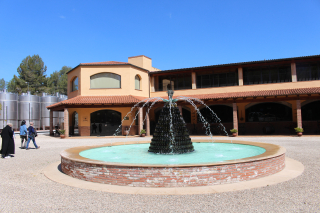 We were pleased that we had a beautiful, sunny day, leaving the clouds and rain behind, for our winery visit.

Agusti Torello Mata, whom the winery is named after, developed an interest in making wine in the 1950s. Coming from a family of tailors and musicians, he took classes in wine making, managed wineries in the Penedes region, and created the first wine analysis laboratory in the industry in 1953. He set up his own cava winery in Sant Sadurni d’Anoia in 1959. He fostered the creation of the Cava Guild in the region. 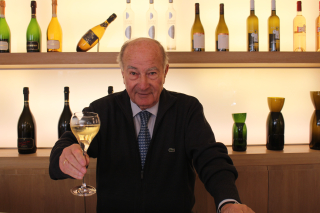 Agusti Torello Mata, 82, comes to the winery every day. He greeted us and recommended a nice restaurant for lunch. 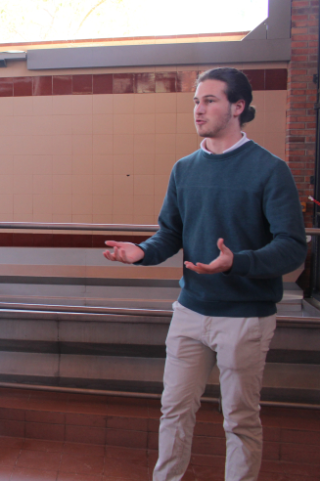 Our tour guide, Mikel Ozcariz, told us Agusti Torello Mata produces half a million bottles of cava a year. Eighty percent is sold in Spain and 20 percent is exported. It has about 100 acres of vineyards at the winery and about 150 acres in other locations.

The winery uses the traditional grapes for making cava: Macabeu, Xarel·lo, and Parellada.

The grapes are picked by hand in the fall. Only organic treatments are used for the vines. 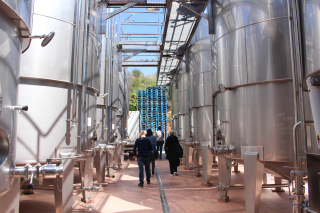 After a soft pressing, the grapes are placed in small casks to vinify, turn into wine, with varieties from each parcel done separately. Next, the wine is aged in tanks for three months at controlled temperatures. 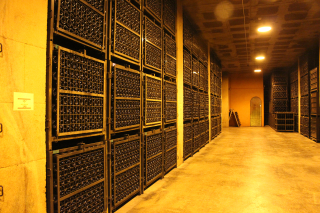 The cava is then placed in bottles, with yeast and sugar added, for the second fermentation. The bottles are kept in underground cellars, where it’s shielded from light and has low temperatures at constant humidity.

During the disgorgement process, dead yeast cells are removed from the bottle. Most of the removal at Agusti Torello Mata is done automatically, with the bottlenecks being dipped into a frozen liquid. The cap is then popped off which allows the frozen chunk of residue to shoot out of the pressurized bottle.

The more expensive wines are disgorged by hand. 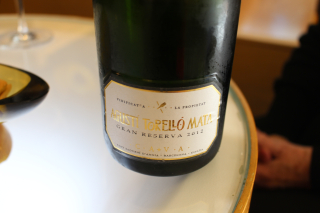 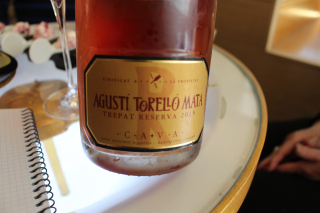 We tasted a 2017 Xarel·lo, the 2010 Gran Reserva Cava, the 2012 Grand Reserva Barrica, and the 2015 Trepat Reserva. All the cavas were excellent. I bought a bottle of the Trepat Reserva to take home. 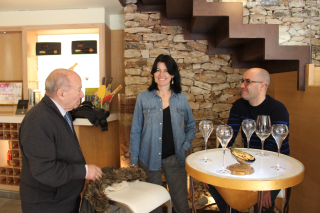 We had selected a different winery for our third tasting. However, it called us and canceled our tour in English. My daughter selected Agusti Torello Mata as a substitute. Although the tour was in Spanish, we liked our tour, especially meeting Agusti Torello Mata. And the cava was enjoyable, too.

It was good that I’d made a list of wineries so we had a backup when the cancellation occurred. I always research wineries before we go wine tasting. See my article on “How to Organize a Wine Tour” for tips on winery selection.

I love everything about Spain and would love to go back and maybe even live there. I bet the winery tours are wonderful. Looks like you had fun.

Yes, we had a wonderful time doing wine tasting in the Penedes region of Spain. Since my daughter lives there, I've been 15 times or more. She always finds something interesting for us to see and do. Spain has so much history, it's amazing to visit.