Home About Newsletter Categories Donate
What are good deals at Memorial Day sales?
Fiat Chrysler recalls 4.8 million vehicles because cruise control could get stuck in the ‘on’ position 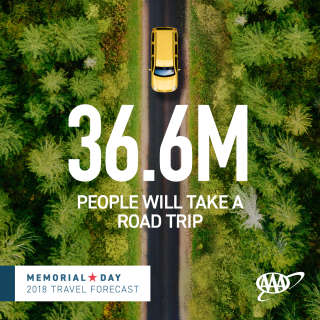 For many people, Memorial Day ushers in the unofficial start of summer, and Americans plan to start the season by traveling.

More than 41.5 million Americans will travel this Memorial Day weekend, nearly 5 percent more than last year and the most in more than a dozen years, according to AAA.

With nearly 2 million additional travelings by planes, trains, automobiles, and other means of transportation, travel delays on major roads could be up to three times longer than normal, with the busiest days being Thursday and Friday as commuters mix with holiday travelers, according to INRIX, a transportation analytics company.

The 88 percent of travelers taking a road trip will pay the most expensive Memorial Day gas prices since 2014. Gas prices averaged $2.72 in April, an increase of 33 cents from last year, due to expensive crude oil, record gasoline demand, and shrinking global supply, according to AAA. However, these higher prices aren’t keeping holiday travelers home, with automobile travel expected to increase for the fourth straight year, by nearly 5 percent over last Memorial Day.

Top Memorial Day travel destinations Orlando again tops this year’s list of the most-visited Memorial Day destinations in the United States, based on AAA advance travel bookings. Cruises to Alaska, originating in Seattle and Anchorage, as well as warm-weather destinations in Hawaii, Las Vegas, Phoenix, and southern California, are the top choices for travelers this Memorial Day.