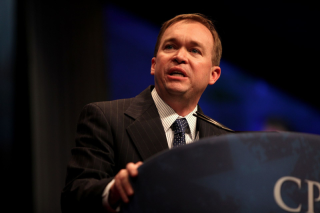 Although the Consumer Financial Protection Bureau’s settlement with Citibank announced Friday requires the bank to pay $335 million in restitution to consumers for failing to reevaluate and reduce the annual percentage rates for about 1.75 million consumer credit card accounts, the agency didn’t find Citibank.

The bureau concluded that Citibank violated the Truth in Lending Act, but the bureau said it didn’t impose civil money penalties “based on a number of factors, including that Citibank self-identified and self-reported the violations to the bureau, and self-initiated remediation to affected consumers.”

The decision could encourage banks to be more careless with consumer accounts if they don’t fear a penalty when things go wrong, Karl Frisch, executive director of Allied Progress, said in the Reuters article “Citi Avoids Fine for Overcharging Interest to Credit Card Customers.”

“What message does this send other banks?” said Frisch.

The case has been watched closely by Democrats after Citigroup disclosed earlier this year that it would have to refund customers, according to the American Banker article “Citi Forced to Pay $335 Million Refund on Card Malfunction, But No CFPB Fine."

In March, seven Democratic senators, including Elizabeth Warren of Massachusetts, sent a letter to Mick Mulvaney, acting director of the bureau, questioning whether he planned to issue penalties against Citi for the violations.

"Will the CFPB investigate compliance failures at Citigroup that allowed this practice to continue for five years?" the letter said. "Will the bureau seek additional penalties?"

In another example of the influence corporations have over the Trump administration, Mulvaney reportedly has cut in half a penalty against a lender that donated to his 2016 campaign.

According to Reuters, Mulvaney significantly reduced the bureau’s penalty against Security Finance, an installment lender that the bureau found uses improper, aggressive collections practices – including physically preventing consumers from leaving their homes. According to Reuters, Richard Cordray, Mulvaney’s predecessor, planned to impose an $11 million penalty against the company. Mulvaney reduced it to $5 million.

Hundreds of consumers have complained about Security Finance’s predatory practices, according to the bureau’s complaints database.

“What a great investment,” said Bart Naylor, financial policy advocate for Public Citizen’s Congress Watch division. “For $2,000, Security Finance got it's fine reduced by $6 million. “Another day, another retreat from protecting American consumers from financial abuse.”

Warren has requested that the inspector general for the Federal Reserve, which funds the bureau, scrutinize the agency’s retreat on enforcement activity and rulemaking for the high-rate lending industry.