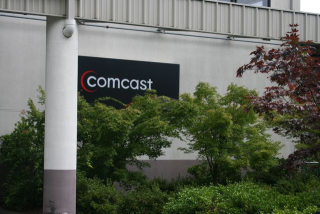 On Wednesday evening, something happened to my Comcast internet connection. I was just starting to upload thousands of photos into iCloud which hadn’t been uploaded since early this year for some reason.

It was about bedtime, so I was hoping that when I woke up Thursday, it would be working. No such luck.

About 11 a.m., I noticed that my Comcast telephone wasn’t working either. Darn, darn, darn.

I called Comcast. An agent tried to reset my modem, telling me to wait 10 minutes to see if it worked. However, nothing happened.

I went to my acupuncture appointment. My acupuncturist was late, so while I was waiting, I went outside and called Comcast. Another agent, this one in the Philippians, tried to reset my modem. It didn’t work either, so she said she would check my hookups with me. However, since I wasn’t home, we couldn’t do it. She set up an appointment for me on Sunday from 8 a.m. to 10 a.m. She also put me on the waitlist to get an appointment Friday. She said I’d get a callback at 6 p.m. PT to check my connections.

No one called at 6 p.m. I called Comcast again. This time, the computer tried to reset my modem. Again, it didn’t work.

I got a call back from Comcast asking me to rate the customer service of the last person I talked to. I gave the person zeros and gave Comcast a zero when the recorded robot asked me if I’d recommend Comcast. No, no, no.

So, Thursday evening, I’m desperate. I haven’t blogged for 24 hours. I don’t know how many pages views I’ve received. I’m out of touch with my daughters, one of whom is coming to visit Monday.

And, a strange thing, my television is working. If the modem is out, why is my TV operating as usual?

My cell phone is working, so I Googled how to check your Comcast modem.

Guess what. It worked. I can’t believe it.

I’ve gotten so much poor customer service from Comcast. This is just the latest example.

On top of that, my latest Comcast bill was $21.77 more than usual. Instead of being $142.11, it jumped to $176.99. For 10 years, I’ve been fighting with Comcast every year to get the cheapest bundle. In recent years, it’s been saying that the $99 bundle – $33 each for television, phone, and internet – is only available to new customers. I’ve had to ask more than a dozen times to speak to the supervisor. One time, I took my modem over to the Comcast store for a replacement, and a customer service representative from the Tacoma office who was working that day said he’s getting me the special deal. This time Glenda in Colorado Springs, Colorado, said she could get me a lower rate of $145.15.

Then, my service went out. I wonder if there was any connection?

Thanks for sharing your difficulties. It sure is frustrating. We get so used to blogging and the internet, that we really miss it when it's gone temporarily.

I just don't know why these internet companies are so bad. Their customer service is poor, and it never improves.