Home About Newsletter Categories Donate
Are you in an ‘in between’ spot?
Have you ever eaten or made brookies? 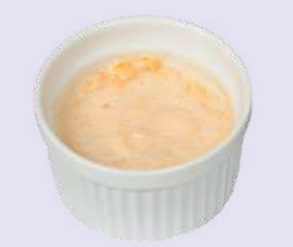 Nine out of 10 parents with kids under the age of three feed their children packaged food at least occasionally, according to a Consumer Reports survey. So Consumer Reports’ analyzed 50 packaged foods from nine brands, including baby cereals, packaged fruits and vegetables, entrées, and snacks, such as cookies, crackers, and puffs.

The testing focused on arsenic, cadmium, and lead, which can be harmful to the health and development of young children.

Sixty-eight percent of the tested products had “worrisome” levels of at least one heavy metal, and organic foods that Consumer Reports tested were just as likely to contain heavy metals as non-organic.

“The presence of dangerous metals in the vast majority of packaged children’s food we tested is a problem that parents, regulators, and manufacturers all need to contend with,” said Marta L. Tellado, president, and CEO of Consumer Reports. “This information will equip families to make safer choices, and our hope is that it will also spur regulatory agencies and companies to do better for our children.”

While the test results are worrisome, parents who have been feeding these foods to their children don’t need to panic, said James Dickerson, Ph.D., chief scientific officer at Consumer Reports.

Consuming these foods doesn’t guarantee that a child will develop health problems, but that it may increase that risk, Dickerson said. Whether problems develop depends on many factors, including genetics and exposure to other sources of heavy metals, such as lead paint or contaminated water.

Annual sales of baby food are more than $53 billion and are projected to exceed $76 billion by 2021, according to Zion Market Research.

Unfortunately, there’s a lack of federal regulations for the amount of heavy metals in most foods

Consumer Reports told the U.S. Food and Drug Administration of its findings, and the agency said: “The agency has made this a priority and is working to reduce the health risks these elements present, especially to those most vulnerable: children.”

The agency also said it “plans to consider a wide range of policies and actions to reduce exposure,” such as educating consumers on how to reduce the risks posed by toxic metals and requiring or encouraging industry to lower the amount of them in their products.

Establish aggressive targets. Set a goal of having no measurable amounts of cadmium, lead, or inorganic arsenic in baby and children's food – and use the most sensitive testing methods to determine the presence of those metals.

Create and enforce benchmarks. To reach its goals in baby and children’s food, the FDA should set incremental targets for the industry to meet along the way.

Finalize proposed guidelines. By the end of 2018, which is the FDA’s planned deadline, the agency should limit inorganic arsenic in apple juice to 10 ppb, the arsenic standard for bottled water, and limit inorganic arsenic in infant rice cereal to 100 ppb. In addition, it should revise existing guidance for lead in fruit juice to reduce the limit from 50 to 5 ppb, the standard for bottled water.

For more information on the heavy metals investigation, including the industry’s response, visit CR.org/heavymetals.