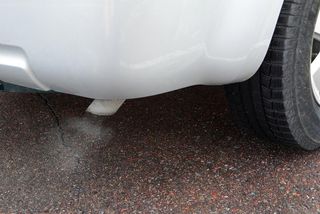 Twenty attorneys general, from jurisdictions that have adopted California’s more stringent vehicle emissions standards, will challenge the Trump administration’s rollback of the standards if a proposed rule released Thursday is adopted.

“Federal rules to limit tailpipe pollution and improve fuel economy are our best strategy to reduce carbon pollution, improve air quality, and save drivers money on gas,” the attorney's general said in a statement. “The Administration’s proposal to weaken these rules will cause the American people to breathe dirtier air and pay higher prices at the pump.”

“Freezing or weakening these standards puts the health of our children, seniors, and all communities at risk, and increases the rising costs of climate change for our states,” the attorney's general said. “This decision upends decades of cooperative state and federal action to protect our residents. We are prepared to go to court to put the brakes on this reckless and illegal plan.”

The transportation sector is the fastest-growing source of greenhouse gas pollution, according to the U.S. Energy Information Administration. It has more emissions than the electric power sector and is now the nation’s largest source of carbon dioxide emissions. Cars and light-duty trucks make up 60 percent of the country’s transportation sector and are the main drivers of U.S. dependence on oil, including foreign imports.

In 2010, the EPA, National Highway Traffic Safety Administration, and California Air Resources Board agreed to establish a single national program to limit greenhouse gas emissions from the model year 2012–2025 vehicles. The program allows automakers to design and manufacture vehicles that will comply with tailpipe standards in all states.

The current federal standards for model year 2022-2025 vehicles are estimated to:

If enacted, the EPA’s proposal to freeze the emissions standards at 2020 levels would:

In January 2017, the EPA said in its “midterm evaluation” that the 2022-2025 standards are readily achievable by the auto industry. After a technical review, based on information from industry, advocates, and others, the EPA found that “automakers are well-positioned to meet the standards at lower costs than previous estimated.”

However, in April, under the Trump administration, the EPA reversed its decision and recommended that the greenhouse gas emissions standards for model years 2022–2025 vehicles should be scrapped. No evidence was given to support this decision other than an industry analysis, and the agency postponed further analysis until the rulemaking process, said New York Attorney General Barbara Underwood.

A coalition of 17 states and the District of Columbia sued the agency over its decision.

In its draft rule, the EPA also threatens the authority of states to enforce stronger standards to protect residents. The Clean Air Act allows California to adopt emission standards that are more stringent than the federal standards and other states are authorized to adopt those standards for new motor vehicles sold in their states.

“California’s standards have a huge impact and are vitally important to public health for millions of Americans,” said Underwood. “The proposed rule would eliminate the California standard, subjecting every state to less efficient and dirtier standards.”

The states that follow California’s standards are home to 74 million people or about one-quarter of the country’s population. These states consume more than 28 billion gallons of gas annually, about one-fifth of the national total.

“If the EPA succeeds in rescinding the authority of California and the states that follow its standards, the drivers in all those states stand to pay about $65 to $80 billion more in gasoline costs through 2035 than if those states retain their authority to enforce the current California standards,” she said.