Home About Newsletter Categories Donate
Trump administration’s deregulation will cost $2.1 trillion, with costs of nearly $840 a year for each household over the next two decades
Uber to pay a record $148 million settlement for not disclosing 2016 data breach

My wonderful garden produce is coming to an end 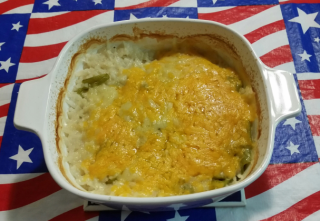 Last week, I enjoyed my last set of green beans from my garden. They were delicious. They were about the fifth set I’ve had this season. Unfortunately, I got shingles and wasted some because I wasn’t feeling well enough to eat them

Zucchinis were a highlight in my garden for the first part of the summer. We made chocolate zucchini cake, which was a big hit. When I returned from vacation, the gardener had picked a huge pile of them and put them on the patio so they wouldn’t grow any larger. However, in July, I had to pull up the vines because they had lots of tiny black bugs on the underside of the leaves.

Again this year, the cucumbers have been stars in my garden. I planted the seedlings a couple of weeks earlier this year, so the cucumbers were big enough for my grandkids to eat when they were visiting. They love cucumbers. They eat some every day.

Mistakes I made this year? I put the zucchini plants in my raised bed garden. They grew so huge that they covered the row of carrots I planted next to it. Needless to say, I didn’t get any carrots. I have a place next to the raised bed garden where I’ll put them next year.

What I did better was to plant partial rows of lettuce and spinach. That way there wasn’t as much to eat at once. I’m supposed to be replanting them now for a fall garden, but I haven’t done it yet.

I didn’t plant much kale this year. Unfortunately, it has some buggy-looking stuff on it again. I need to figure out how to avoid it next year.

No tomatoes this year. I’m supposed to avoid acid foods due to stomach problems. I miss the bacon and tomato sandwiches, but I don’t miss the stomach aches.

I pulled my last tomatoes two weeks ago and planted broccoli, Brussel sprouts and spinach starts. On Monday they were all covered with caterpillars. I decided I'd rather have butterflies then the food. Now waiting for cocoons to hatch! Happy fall!

Boy, that's something. To do a planting and then have everything covered with caterpillars.

I have yet to plant a winter garden. I'll see if the co-op had seedlings. It's too late to plant seeds. You're supposed to do that in August.