Americans will spend $9 billion on Halloween this year. Seven in 10 consumers plan to celebrate, and they’ll spend an average of nearly $90 per person. If you’re looking for ways to get rid of too much Halloween candy, see “Leftover Halloween Candy: What to Do With It” for suggestions,... Read more →

Facts and figures for Halloween 2018

Are you ready for Halloween? It’s rainy here in the Seattle area. One suggestion for keeping kids dry is to find see-through plastic bags to keep rain out, but yet let the costumes be seen. Halloween spending Halloween spending for 2018 is expected to reach $9 billion, the second highest... Read more →

Will you be dressing up for Halloween this year like nearly 70 percent of Americans? Here’s a list of the most popular costumes for 2918 from the National Retail Federation: Kids Princess Superhero Batman Star Wars character Witch Spider Man Avengers character including Spider Man Ghost Pirate Frozen – Else,... Read more → 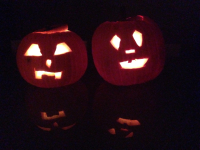 Are you in good shape financially? Many Americans don’t think they are, according to WalletHub’s “2018 Halloween Spending and Financial Fears Survey.” Its results show: 75 million Americans say their finances have reached “horror show” status, including 30 percent of millennials and 16 percent of baby boomers. Two in three... Read more →

Carol Cassara at Heart•Mind•Soul calls these dark, dark days. It’s been a terrible and tragic week with the massacre of 11 people in a synagogue near Pittsburgh, bombs being sent through the mail to top Democratic leaders and critics of President Trump, and the continual leaked news about the brutal... Read more →

Another massacre: Let’s do something about gun control

Eleven people were killed and six injured in a shooting Saturday at the Tree of Life Synagogue in Squirrel Hill, a Pittsburgh neighborhood. The killer, who burst into a baby-naming ceremony, shouted anti-sematic slogans during the 20-minute siege. The alleged shooter, Robert D. Bowers, was armed with an AR-15-style assault... Read more →

Photo: Ben P L Exxon Mobile Corp. is being sued by the state of New York for allegedly misleading investors on the risk that climate change regulations posed to its finances. For years, Exxon told investors that it was accounting for the likelihood of stronger regulation by applying an increasing... Read more →

California drivers have saved at least $154 billion on auto insurance since voters approved Proposition 103 in 1988, according to an analysis by the Consumer Federation of America. Since the vote, California has had the smallest increases in auto insurance cost, and at the same time is the nation’s second... Read more → 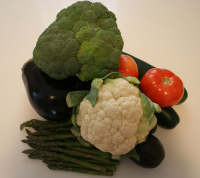 Eating organic food that has no pesticides is strongly correlated with a dramatic reduction in the risk of cancer, according to a study published Monday in an American Medical Association journal. The study led by a team of French government scientists tracked the diets of nearly 69,000 people. Four years... Read more →