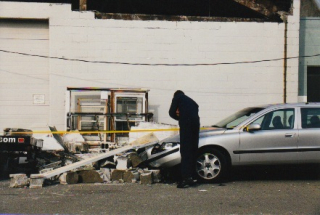 California drivers have saved at least $154 billion on auto insurance since voters approved Proposition 103 in 1988, according to an analysis by the Consumer Federation of America.

Since the vote, California has had the smallest increases in auto insurance cost, and at the same time is the nation’s second most competitive auto insurance market. For the liability insurance coverage that all drivers are required to purchase, Californian consumers have seen the average premium drop, while drivers throughout the nation pay significantly higher prices.

“We have been studying America’s auto insurance markets for years, and California has set the standard for savings, fairness, and real competition,” said J. Robert Hunter, director of insurance for the federation. “If anyone doubts that voters can make a difference, there is 150 billion dollars of proof in the wallets of Californians who enacted Prop 103 and reined in the insurance industry 30 years ago.”

Using 2015 data from the National Association of Insurance Commissioners, the federation calculated the change in total auto insurance costs and auto liability premiums in California since Proposition 103 took effect in 1989. It compared those with changes in insurance rates nationwide and state by state.

Under Proposition 103, California has the nation’s most rigorous prior approval system of rate regulation, which requires insurance companies to justify any rate changes before they can be charged to customers, Hunter said.

“California has the most cars on the road and staggering congestion in some of its cities and suburbs, but drivers pay less for coverage than most of the country and have seen far more moderate increases in insurance costs because of the protections in Prop 103,” said Doug Heller, an insurance specialist for the federation.  “Because the voters passed Proposition 103 and most Insurance Commissioners since 1989 have been good stewards of the law, Californians keep an extra $6 billion in their wallets every year.”

The federation used the Herfindahl-Hirshman Index to determine the competition in California’s auto insurance market.

California’s auto insurance market scores a 723 on the HHI, the second lowest in the nation, indicating a high level of competition. The average HHI among all states is 1,059. A low score indicates more competition.

“California’s auto insurance market is extremely competitive not despite its strong consumer protection laws and regulations but because of them,” said Hunter.  “When you have a product that the government forces people to purchase, then smart regulatory oversight like Proposition 103 creates is critical both to protect consumers from abuses and to keep the market honest and competitive.”

California, under Proposition 103, sets the standard and provides the model for insurance consumer protections, according to the federation.