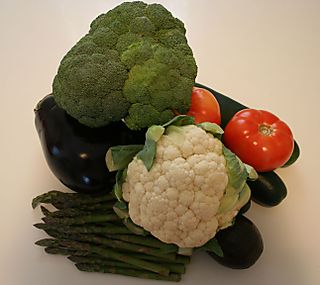 Eating organic food that has no pesticides is strongly correlated with a dramatic reduction in the risk of cancer, according to a study published Monday in an American Medical Association journal.

The study led by a team of French government scientists tracked the diets of nearly 69,000 people. Four years later, those who consumed the most organic foods were 25 percent less likely to develop cancer.

For people consuming the highest amount of organic food, the study found a significantly lower risk of non-Hodgkin lymphoma, all lymphomas, and postmenopausal breast cancer.

“Although our findings need to be confirmed, promoting organic food consumption in the general population could be a promising preventive strategy against cancer,” the authors said.

Pesticides linked to cancer include the weed killer glyphosate, the active ingredient in Monsanto’s Roundup, and the organophosphate pesticides malathion and diazinon.

“This study provides more evidence suggesting pesticides in food may be harmful,” said Alexis Temkin, Ph.D., toxicologist for the Environmental Working Group. “Low levels of synthetic pesticides, including those linked to cancer and other serious health problems, are found in some conventionally grown fruits and vegetables. Especially for those items, choosing organics is better for health as well as for the environment.”

Every year, the EWG releases the “Shopper’s Guide to Pesticides in Produce,” which includes the Dirty Dozen list of conventional fruits and vegetables that have the highest levels of pesticide residues, as well as the Clean Fifteen list showing which conventional foods have the fewest pesticides.

“Nobody wants to eat pesticides, and tracking the explosive growth of the organic industry in the U.S. against the flat sales of its conventional counterparts is all the evidence you need to confirm it,” said Ken Cook, EWG president. “Scientists are sounding the alarm on the risks they pose to human health, and consumers are responding.”

My oncologist told me 16 years ago to eat as much organic and hormone free meat/poultry and wild fish as possible. Grow my own veggies chemical free too. I have done all this and after some scoffing by friends and family on the money spent I really feel vindicated by this study!

I believe that eating organic and "real" food is the best way to stay healthy. Dealing with someone with cancer. Eating lots of veggies.

I, too, have had friends and relatives scorn my paying extra money for organic food. I'm glad I continued. I knew it was the right thing to do.