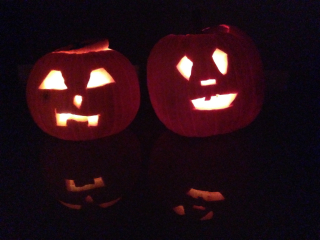 Are you in good shape financially? Many Americans don’t think they are, according to WalletHub’s  “2018 Halloween Spending and Financial Fears Survey.” Its results show:

The most expensive time of year is coming, when consumers traditionally rack up billions of dollars in credit card debt, investors shuffle their holdings, and people try to enjoy themselves before making resolutions

Things could turn out well, or not so good.

This year could turn out like 2015, when Americans added $24 billion in credit card debt during the fourth quarter, or a repeat performance of 2017’s fourth quarter of a $67 billion buildup. It’s not know how long the nearly 10-year-old bull market will last. And, consumers don’t know what’s going to happen to their wallets next.

“If I had to wager a bet on it improving in the next 12 months or getting worse, I would vote in the direction of the economy getting worse,” said Debbie Psihountas, professor of finance and dean of Florida Southwestern State College’s School of Business and Technology.

On three in 10 people – a total of about 75 million – saying in the survey that their finances are a “horror show,” Sterling Raskie, a lecturer of finance at the University of Illinois – Urbana-Champaign, said she expected it would be higher.

“My guess is that the 30% are those being honest.” Others may be too embarrassed to acknowledge their financial problems.

On 21 million people saying that a Halloween costume is worth going into debt for, Dena K. Wise, a professor and family economics specialist at the University of Tennessee, said it surprised her. “I think that’s really scary.”

On the other hand, Bradley A. Stevenson, an associate professor of finance at Bellarmine University, is only partly surprised. “This goes back to budgeting and understanding personal finance,” Stevenson said. “The lack of education most people have about their personal finances makes this more likely.”

Another easily avoidable contributor to a frightening financial situation is having the wrong credit card. Consumers need to compare annual percentage rates and sign up for the lowest rate. Avoid retail credit cards, which usually have higher interest rates.

“We can’t predict the future but we can prepare for times of economic uncertainty,” said Laura Hendrix, associate professor of personal finance and consumer economics for the University of Arkansas’s Division of Agriculture. “Consumers who follow recommended financial management practices are better able to survive frightful economic times.”

Live within your income, build an emergency fund, save, and invest for the future, Hendrix said.