Home About Newsletter Categories Donate
On Giving Tuesday, choose careful which charities or organizations will get your donations
Scam artists trying to get information from new Medicare cards

How to research a charity 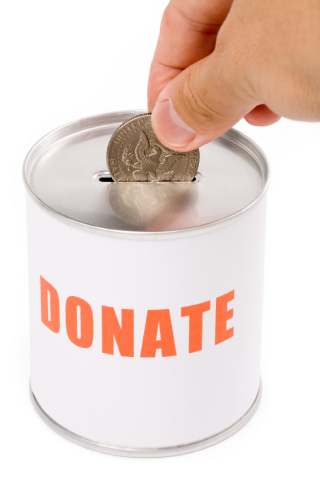 When I was writing about Giving Tuesday on Tuesday, my daughter asked me how you research a charity. I’ve recommended it for years but haven’t done it myself because I give to the same four charities that I’m familiar with every year.

She said when the Trump administration began putting immigrant kids in cages, her daughter asked if there was a way to help them. My daughter picked a charity that she saw recommended on Facebook, the Asylum Seeker Advocacy Project or ASAP that is one of the projects at the Urban Justice Center in New York.

I decided to see what I could find out about it.

The first thing that came up was Glassdoor, a website for job hunters. The Urban Justice Center, which oversees ASAP, received a 2.7 out of five by 36 reviewers. While the Urban Justice Center had some positive reviews, the negative reviews pointed out problems with management at the center. Headlines included “Lots of drama,” “Major issues,” “A great organization in need of some internal fixes,” “Great staff – bad management,” “UJC job postings should come with a surgeon general’s warning,” “Doug [Lasdon, executive director], be a leader. People don’t leave a job with decent pay and benefits unless there is a management problem,” and “Great work & colleagues, WILD mismanagement in most projects (except DCP).”

Reviewers reported the executive director yelling at people, a staff member leaving after a middle manager yelled at her, and salary inconsistencies because each project is required to raise its own funds. Also, the staff voted to unionize, but years later, there still isn’t a contract.

The alleged mismanagement sounded like a deal-breaker to me, but my daughter said people yelling in the workplace isn’t unusual.

Next, I checked Charity Navigator. The center wasn’t ranked because the website only ranks organizations that get at least 40 percent of their funding from individuals. The center receives most of it money from the grant.

Since the Urban Justice Center is located in New York, I took a look at the Charities Bureau of the New York Attorney General’s Office webpage. I didn’t find any information on the center or its programs in the annual report of the bureau on charities, “Pennies for Charities: Where Your Money Goes.” However, the annual report on charities did say in 2015, around 65 percent of funds raised by professional fundraisers went to charities. By 2017, that figure rose to 69 percent. That’s one of the main things that consumers should look for – the amount a charity pays on fundraising. If it’s high, that means there’s much less money for the organization to carry out its mission.

I did find the Annual Filing for Charitable Organizations for the Urban Justice Center for 2017, which contained interesting information.

The total revenue for the center for 2017 was $31.2 million. Fundraising costs were $319,111. That’s 0.98 percent spent on fundraising. Not a problem there. Most of the center’s funding comes from government grants.

Still concerned about the comments about the center’s management, I went back to Charity Navigator. After its No Rating status, it said High Program Service Revenue/High Government Support.

I decided to check another charity website, GuideStar. It gave the center a Bronze rating

The one reviewer on GuideStar gave the center one star out of five for a rating. The person said the following:

Being affiliated with this agency for a long time, it is unfortunate that I ended up with low regard of them as utterly weak in legal practice and advocating those who are marginalized even if they are the target clienteles. They only handle a limited number of actual cases as far as I have seen over the course of time so the roles they play in litigation and legal representation are weak. They sure are more sensitive about what's in trend, or even cutting edge, in correlation with current and updated laws but what are they good for when they are idealist yet useless amateurs? Plus, their heavy reliance on interns makes the quality of services they offer questionable, or even unsound.

I was concerned about the Bronze rating and the review.

My daughter and I decided to see what immigration assistance organizations others were recommending. Here are some that we found:

ACLU, The Refugee, and Immigration Center for Education and Legal Services or RAICES, Texas Civil Rights Project, The Florence Project

My daughter said since ASAP made it on several of the lists that we looked at, that it was a good enough evaluation for her. She made another donation on Giving Tuesday.

The process certainly was interesting. I hope you received some ideas on how to go about researching a charity from this article.

After I finished the article, I wondered if ASAP was helping immigrants at the Southern border. Evelyn from ASAP replied with the following email, which explains ASAP is helping immigrants families who have been separated from one another. That's the people my daughter wanted to help:

Thank you for reaching out and for supporting asylum seekers! We are not directly involved in efforts supporting asylum seekers arriving at the border. In terms of the work that ASAP does to support asylum seekers, we have three major programs: our online community for over 3,000 formerly detained mothers, our emergency legal aid that has prevented over 400 deportations, and our impact and advocacy work to fight back against the unjust policies of the government. This blog post explains the work we are doing is connected to family separation at the border, and this more recent blog post highlights our work with parents who have been recently reunited with their children. We are working to help members of our online community find separate loved ones and access up-to-date legal information, and also are fighting family separation through a lawsuit against CBP and ICE on behalf of our client and her young son. With the new funding, we hope to expand both of these programs to help families who have been separated fight back -- arming them both with information and the possibility of suing the government for what has been done to them.
Thank you again for supporting asylum-seeking families and doing your part to uphold the right to asylum!
All the best,
Evelyn

Doing your research is so important. I was working on websites for a Native American film non-profit and got totally screwed by the founder. She cheated me out of a bunch of money and basically lives on the sponsorships she receives. Just because something sounds good doesn't mean it is being run well.

Yes, it's always important to do research on charities and non-profit organizations.

I'm sorry you had that problem.