Home About Newsletter Categories Donate
What are your favorite stores for holiday shopping?
How to research a charity

On Giving Tuesday, choose careful which charities or organizations will get your donations 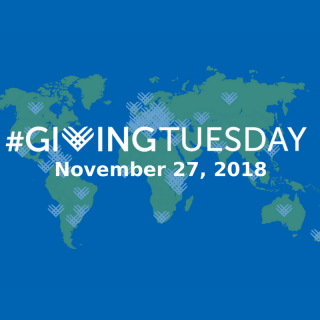 Today is Giving Tuesday, a day following Thanksgiving on Thursday, Black Friday, Small Business Saturday, and Cyber Monday, designated for giving charities and organizations some of your holiday cheer.

It’s a good thing to do. You support the causes that are important to you and you’re making donations before your money is gone or your credit card bill is high due to holiday spending.

However, caution is needed so that your money goes to worthwhile.

Here are tips to make sure your Giving Tuesday donations make a difference and aren’t wasted:

Give to charities or organizations that you’re familiar with or that you research. As always, scammers are busy looking for the next dollar or identity they can steal. Most states require that charities register. This registration may be handled by the Attorney General’s Office, the Secretary of State’s Office, or another agency in your state. Contact the appropriate agency for information about charities, including complaints.

Ask questions. Find out what the charity’s mission is and whether your donation is tax-deductible. Get information in writing. Be wary of any charity that refuses to give you written information on its programs and finances.

Make sure that you’re giving to the charity you have in mind. Tricksters make up names that are similar to well-known charities such as the American Cancer Association, United Way, Feeding America, the Nature Conservancy, or Habitat for Humanity.

Don’t be high-pressured by telemarketers or door-to-door sellers into donating to sketchy charities. If you get a call about an unfamiliar charity, hang up. If you decide to talk to the caller, ask how much of your donation will go to the charity and how much the telemarketer is being paid. Don’t be pressured by repeated calls or threats.

Watch out for emotional appeals. They may distract you from learning about the reliability of the charity.

Find out how charities spend their money. Some charities spend half or more of the money that is raised on fundraising efforts rather than the programs that are important to donors. Most states prepare reports on charities that give information on this. For example, the state of New York’s report is called "Pennies for Charity." You can also visit websites such as GuideStar, the Better Business Bureau’s Wise Giving Alliance, and Charity Navigator.

Don’t give cash. Write a check made out to the charity

Don’t give out personal information. Refuse to give charity solicitors your Social Security at any time or a credit card number if you’re not familiar with the charity.

Donate securely. If you contribute online, look for secure websites with a https:// web address rather than the standard http://. Before sending a text donation, call the charity or go to its website to determine if contributions by text message are allowed. Text solicitations could be a scam.

To file a complaint about an unreputable charity or scam, go to the website of the Attorney General’s Office in your state.