Will you be going into debt for holiday spending? 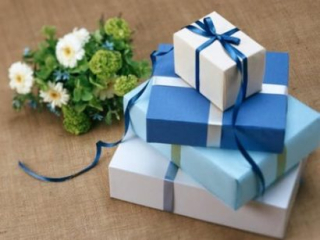 The 2018 holiday shopping season, like many before it, will be paid for largely by credit card debt.

What are consumers saying about their holiday shopping plans?  Thirty-five percent of people plan to spend more than $500 this year, according to WalletHub’s “2018 Holiday Shopping Survey.” In 2017, 33 percent said they spent that much.

Consumer are more confident this year. Six in 10 people say they’re better off financially than last year, while only five in 10 said it in 2017.

"Based on employment stats, wage increases and tax cuts, 60 percent feeling better makes sense,” said Ira Weiss, professor of management, innovation, and entrepreneurship at NC State University. Despite the stock market not performing quite as well, Weiss said there is “no reason to believe this time next year will be different.”

Does increased consumer confidence mean consumers will spend more for the holidays and increase their debt? Not according to the 60 percent of people who say they’ll pay for their holiday purchases in full by the due date, or the 18 percent who expect to pay in full by New Year’s Day. The share of shoppers who plan to be free of holiday debt by New Year’s is up from 70 percent last year.

“While many of us plan or hope to pay off our debt on time, the reality is, many will carry debt for several months,” said Todd Donavan, associate professor of marketing at Colorado State University. “Consumers often have intentions to spend a specific amount, but when they actually get in the stores, the amount rises considerably.”

One trend that may help responsible holiday spending is increased consumer skepticism toward Black Friday events. More than half of consumers, 51 percent, say Black Friday sales are nothing special, according to WalletHub’s survey. That opinion is strong among women, 55 percent, and baby boomers, 63 percent.

“I agree that there are certainly 'deals' that are nothing special,” said Neel Das, assistant professor of marketing at the University of North Carolina at Wilmington. “Almost all the time, we consumers buy things that are 'on sale.’ In fact, the phrase has been used so much that I believe it has lost its credibility and attractiveness.”

The rise of online retail and its year-round savings opportunities have also contributed to this trend. Black Friday now competes with Cyber Monday. “My guess is that Amazon has spoiled us on deals,” said Aric Rindfleisch, professor of business administration and marketing at the University of Illinois at Urbana-Champaign.

Some ways to save on your holiday shopping are making a budget, looking for discounted gift cards, using comparison shopping, paying off your credit card before interest charges are incurred, and making sure you’re using a credit card with a low interest rate if you’re going to carry a balance. In addition, chose gift cards wisely. See my articles "Top 10 Tips for Buying Gift Cards" and "What Are the Best Gift Cards for the Holidays." Some gift cards have hidden fees and other problems. It may be better to give cash. Nearly $1 billion in gift cards went unused in 2015.