Facts and figures for the 2018 holidays 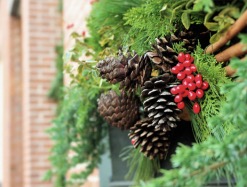 It’s that time of year. The holidays are upon us. Hanukkah has been celebrated and today is the Winter Solstice, the shortest day of the year in the Northern Hemisphere, the day with the least daylight, and the longest night. Christmas is approaching rapidly as is Kwanzaa, Dec. 26 to Jan. 1.

Pagans have celebrated the Winter Solstice for thousands of years, and today millions of people throughout the world mark the day with pageants and parades.

Consumers say they’ll spend an average of $1,007.24 during the holiday season this year, up 4.1 percent from the $967.13 they said they’d spend last year, according to a survey conducted for the National Retail Federation.

Consumers will spend in three main categories – gifts, at $637.67; non-gift holiday items such as food, decorations, flowers, and greeting cards, $215.04; and other non-gift purchases that take advantage of the deals and promotions throughout the season, $154.53.

While sales and discounts are the biggest factors in choosing a retailer, cited by 71 percent, quality and selection of merchandise were the next-largest factors, 60 percent; followed by free shipping, 47 percent; and convenient location, 45 percent.

About 112.5 million Americans will be traveling during the December holiday season, which is a 4.4 percent increase over 2017, according to AAA.

That means more than one-third of all Americans will take to the highways and airways, and that’s the highest number since AAA began keeping track of holiday travel.

With so many people traveling, the roadways and airports will be busy throughout the country, especially in the nation’s largest cities.

The U.S. Census Bureau offers these facts for the holidays this year:

Places with festive names include a dozen named Holly. Among them are Mount Holly, North Carolina, population of 15,635, and Holly Springs, Mississippi, 7,621.

$1.7 billion worth of Christmas ornaments imported from China.