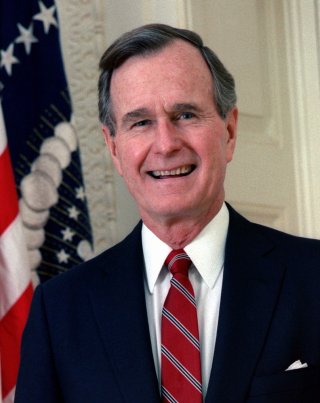 As President George H.W. Bush is being positively eulogized, it’s important to remember that Bush, as often is the case with most Republicans, was more interested in helping business interests than consumers.

Here are some examples of how the Bush administration, and the Republican Party, have failed consumers:

But by and large, [George H.W.] Bush was an establishment president. This meant that he did not fundamentally try to fix the inequities wrought by the American model. He escalated, for instance, Reagan’s War on Drugs – leading to the mass incarceration of African-Americans, a blight that still ails the country to this day. The New Statesman

President Bush signed the biggest rewrite of U.S. bankruptcy law in a quarter-century, making it harder for debt-ridden Americans to wipe out their obligations. NBC News

US supreme court justice Clarence Thomas was appointed by George HW Bush to the black “slot” on the supreme court after Thurgood Marshall, the pioneering civil rights lawyer, died. It was well known that he was extremely conservative. The Guardian

Many Americans credit [President Ronald] Reagan with reducing the size of government. In reality, he increased government spending, cut taxes, and turned the United States from a creditor to a debtor nation. During his presidency, Reagan escalated the military budget while slashing funds for domestic programs that assisted working-class Americans and protected consumers and the environment. Not surprisingly, both George H.W. Bush and George W. Bush followed in Reagan’s footsteps. The Nation

NAFTA was negotiated by Republican President George H.W. Bush…Critics of the deal, however, argue that it is to blame for job losses and wage stagnation in the United States, driven by low-wage competition, companies moving production to Mexico to lower costs, and a widening trade deficit. Council on Foreign Relations

The pattern here is clear: Every time there’s an opportunity for the Republican Party to come out against a measure that would protect consumers — also known as “voters” — it does. The question is why. My best theory is that Republicans have confused being anti-consumer with being pro-business. Which is silly. The Washington Post