Home About Newsletter Categories Donate
Micromotivators: The guardrails for healthy behavior
Facts and figures for the 2018 holidays 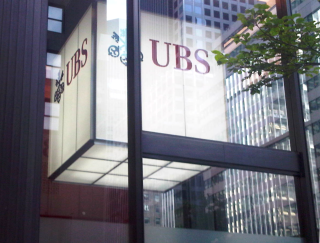 UBS AG, a Swiss multinational investment bank and financial services company, agreed Friday to a $68 million, 40-state settlement for fraudulent conduct involving the manipulation of LIBOR or the London Interbank Offered Rate. LIBOR is a benchmark interest rate that affects financial instruments – such as stocks, bonds, and loans – worth trillions of dollars and has an impact on global markets and consumers.

“Manipulative or fraudulent conduct that undermines the integrity of our financial markets will not be tolerated,” said New York Attorney General Barbara Underwood.

As a result of this fraud, UBS made millions of dollars when government entities and not-for-profit organizations entered into swaps and other financial instruments with UBS without knowing that UBS and other banks on the US Dollar-LIBOR-setting panel were manipulating their LIBOR submissions.

Governmental and not-for-profit entities with LIBOR-linked swaps and other financial instruments with UBS will be notified if they’re eligible to receive a distribution from the settlement fund.

UBS is the fourth US Dollar-LIBOR-setting panel bank under investigation by the state attorneys general to resolve the claims against it. With the UBS settlement, the states have collected $488 million in payments from the four banks, almost all of which will be distributed to state and local government entities and not-for-profits that have been harmed by these banks.

Under the settlement agreement, UBS will continue to cooperate with the states’ ongoing investigation, which helps with the distribution of funds to victims, Underwood said.