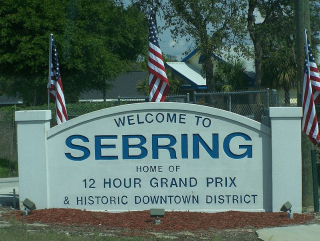 A gunman entered a SunTrust Bank branch in Sebring, Florida, Wednesday and shot and killed all of the five people in the bank.

In 2018, there were 340 mass shootings in the United States, according to the Gun Violence Archive. The archive defines a mass shooting as any in which four or more people are shot, including those who are injured but survive, and not including the shooter.

There already have been 19 mass shootings in 2019.

“The alarming frequency with which we watch terrifying scenes unfold in our communities is devastating – and it’s not normal,” said Gabby Giffords, a former member of the U.S. House of Representatives who was shot in 2011 while meeting with constituents in her hometown of Tucson, Arizona.

“I am praying that our lawmakers find the courage to face our nation’s gun violence problem,” Giffords said in a statement on her website Giffords: Courage to Fight Gun Violence. “We can build a safer future for our children, but preventing future tragedies requires a president who acknowledges our gun violence problem and members of Congress who will stand up to the gun lobby and take action to save lives. This must stop. The time for action is now.”

In the past, I’ve written about the mass shootings at the First Baptist Church in Sutherland Springs; Washington Navy Yard in Washington, D.C.; Century 16 Theater in Aurora, Colorado; Sandy Hook Elementary School in Newtown, Connecticut, and Clackamas Town Center in Portland, Oregon.

When the mass shooting happened in Las Vegas, I forgot to write about it until I saw the articles by other baby boomer bloggers.

Now, I’m going to write about the need for gun control laws and new mental health programs every time a mass shooting occurs.

The lack of gun control laws is affecting our everyday lives. This has got to change.

Americans need to join together and elect officials who are willing to take action on gun control so this senseless killing can stop. It’s heartbreaking to watch on TV over and over and over babies, children, young people, and old people being killed because a crazy person was able to get guns.

And, people also need to work with others who are taking action to get gun laws changed. Here are nine organizations listed on the website Great Nonprofits that are making progress towards gun control: