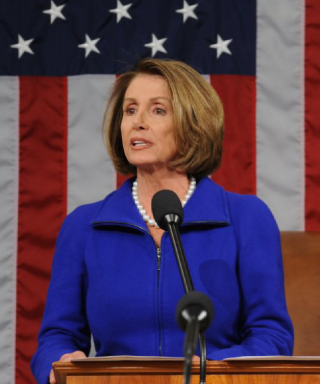 All in all, it’s been another bad year for consumers. President Trump and his administration generate so much chaos that they get all the media attention. Meanwhile, in the background, federal agencies are moving forward on the administration’s conservative regulatory priorities, which are harmful to consumers. One bright spot is the Democrats taking control of the U.S. House of Representatives. That will help curb President Trump's excesses.

President Trump appointed Mick Mulvaney, his budget director, as head of the Consumer Financial Protection Bureau. Under Mulvaney's leadership, the bureau reversed prior actions and programs of the agency. It has delayed rules to protect consumers from payday lenders, dropped lawsuits, stripped enforcement of fair-lending protections, and reduced the number of fines issued.

The bureau also is considering whether to change how it manages its consumer complaint database, including whether it should permanently halt releasing grievances publicly.

Kathy Kraninger, a former deputy at the Office of Management and Budget, has replaced Mulvaney. Kraninger has said she doesn't disagree with anything that Mulvaney has done at the bureau.

In addition, the bureau killed a rule that would have helped investors by requiring advisers to act in their clients’ best interests when managing retirement accounts.

The Trump administration is continuing its campaign against climate change research and regulations. Carbon dioxide emissions from energy consumption have started edging up under Trump, after falling for years under Obama.

The U.S. Environmental Protection Agency withdrew an Obama-era rule requiring automakers to double the fuel efficiency of new autos and light trucks to 50 miles per gallon by the year 2025. Instead, the requirement will be capped at 37 mpg starting in 2020.

The Trump administration also rolled back another Obama-era climate rule by announcing it will lift some restrictions on greenhouse gas emissions from coal power plants.

In addition, the U.S. Interior Department is moving forward to ease restrictions on oil and gas drilling across millions of acres of protected habitat in 11 Western states where the imperiled greater sage grouse lives.

The EPA also wants to get rid of federal mercury and air toxics protections, which limit poisonous pollution such as mercury, chromium, lead, and acid gas from the nation’s coal plants, and roll back EPA methane rules.

And, just before the end of the year, the Trump administration released a deeply disappointing federal “Lead Action Plan.”

3. President Trump instituted a partial federal government shutdown to get Congress to approve $5.7 billion to pay for a border wall.

Among the nine federal agencies closed for Trump’s partial government shutdown were the departments of Homeland Security, Justice, State, and Treasury, and the EPA and NASA. Many national parks were closed as were museums.

My opinion is that people who hate government should work for corporations. They especially shouldn’t serve in Congress or be president.

4. Huge tax cuts are benefiting the rich and corporations, not workers.

Trump’s massive tax cut, which took effect on Jan. 1, permanently lowered the corporate tax rate to 21 percent. Proponents of the tax cut said it would help a typical family with an increased income of $3,000 to $7,000 a year. That didn’t happen. Companies are buying back stocks instead. Large corporations only gave small bonuses to employees and wage growth has yet to pick up when accounting for inflation.

5. More Trump administrators resign due to scandals and members of his campaign team are indicted.

Although President Trump promised to “drain the swamp” in the nation’s capital, meaning he would institute ethics and lobbying reforms, he has done just the opposite.

More of Trump’s appointees to important positions as heads of agencies that are supposed to operate in the public interest have resigned this year. Among them are Scott Pruitt and Ryan Zinke. Pruitt, the former EPA administrator, was facing more than a dozen investigations into his taxpayer-funded travel, questionable spending decisions, use of aides to conduct personal errands, and other issues when he resigned. Zinke, former interior secretary, left the Trump administration due to increasing federal investigations into his travel, political activity, and potential conflicts of interest.

Most of the concerns about the impacts of Trump’s Tariff War and estimates about it focus on farmers, industries, and companies. However, the costs of tariffs will be passed on to consumers. One estimate is consumers are paying between $50 and a few hundred dollars a year more. However, the costs are likely to escalate as Trump continues to impose higher tariffs on more countries.

All have had data breaches during 2018, with more than 1 billion users having their information compromised during the year.

Check your credit card and bank statements frequently. In addition, consider credit freezes which allow you to restrict access to your credit report, which makes it more difficult for identity thieves to open new accounts in your name.

8. Plastic pollution is filling the ocean and some streams and rivers.

Like me, you’ve probably seen the photos showing streams and beaches choked with plastic debris and truckloads of plastic that have been removed from the ocean. We all need to work on reducing our use of plastic and lobby governments at all levels to enact legislation to require the reduced use of plastic.

Here’s an article I wrote on how to reduce your use of plastic.

9. Democrats take over control of the U.S. House of Representatives in the November mid-term election.

It was imperative that this change occur. A Congressional check is badly needed on the harmful, right-wing changes that the Trump administration is making throughout the government.

House Speaker Nancy Pelosi’s standing up to Trump over the border wall, which he insisted he get before he’d stop the partial government shutdown, showed why this election was so important.

10. More people are supporting stricter gun laws and taking action to get them enacted.

In order to galvanize support for stricter gun support rules, a student-led demonstration was held on March 24 in Washington, D.C., after the Stoneman Douglas High School shooting in Parkland, Florida, on Feb. 14, took the lives of 17 students and staff members. In connection with the March for Our Lives, 800 related events were held across the country.

Governments at all levels must do more to halt gun deaths. Thoughts and prayers aren’t enough.

It’s about time that discrimination and sexual harassment against women became a national issue. With indictments against movie mogul Harvey Weinstein and other prominent men, more women are talking about what has happened to them and action is being taken.

12. The homelessness crisis continues to grow throughout most of the United States.

Despite action by the government at all levels, the homeless problem continues to challenge most communities. It began during the Reagan administration when President Ronald Reagan slashed public housing and mental health programs. With so much money being spent by the federal government on wars, it’s difficult for state and local governments to catch up.

13. Facebook allowed consultants working for the Trump campaign to gain access to the data of millions of Facebook users, who then misused it for political ads during the 2016 presidential election.

Facebook executive Mark Zuckerberg appeared before Congress to defend his company over data breaches. The personal data of 87 million people were lost and data was taken from people’s friends all without much scrutiny or concern from Facebook.

14. The Trump Administration is remaking the judicial system.

Although the Democrats have gained control of the U.S. House of Representatives, the Republicans still control the Senate. That means the Senate can continue to confirm conservative, right-wing judges.

In addition, Kavanaugh is important to President Trump’s harmful environmental agenda, which could lead to 80,000 additional deaths per decade, according to a JAMA, Journal of the American Medical Association, article.

That means with Kavanaugh on the Supreme Court for three decades, nearly a quarter of a million extra deaths will occur.

I am overwhelmed by the amount of damage that he has caused in just two years. I cannot even begin to imagine what he can do in the next two.