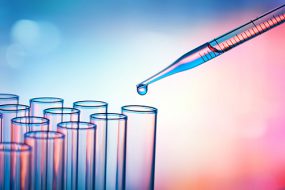 U.S. Environmental Protection Agency released a plan Thursday to regulate PFAS chemicals, which includes making a determination by the end of the year about how the harmful chemicals should be regulated under the Safe Drinking Water Act and listing them as hazardous substances to aid in cleanup efforts.

PFAS, short for perfluoroalky and polyfluoroalkyl, are a group of highly fluorinated chemicals used in nonstick cookware, fire retardants, oil and water repellents, furniture, carpets, waterproof clothes, take out containers, and fire-fighting foam. The chemicals are very persistent in the environment and in the human body – meaning they don’t break down and they can accumulate over time.

EPA’s PFAS management plan would only make the nationwide crisis of pollution from fluorinated compounds worse, according to the Environmental Working Group. It wouldn’t stop the introduction of new PFAS chemicals, end the use of in everyday products, alert Americans to the risk of PFAS pollution, or clean up contaminated drinking water supplies for an estimated 110 million Americans.

“Once again, Donald Trump has demonstrated that he is the nation’s first pro-cancer president,” said Faber.

“This so-called plan is actually a recipe for more PFAS contamination, not less,” he said. “It’s shameful that the EPA has taken two decades to produce a plan that allows increased exposure to compounds whose makers have used the American people as guinea pigs and, with the EPA’s complicity, covered it up.”

The plan delays action to set drinking water standards or designate PFAS as a hazardous substance under Superfund laws.

Instead, Faber said, EPA should find out where PFAS chemicals are coming from, find out where they already are, stop approving new PFAS chemicals, stop adding more PFAS harmful chemicals to the environment, add PFAS to Superfund clean-up laws, set an enforceable limit for PFAS in tap water, direct the military to quickly clean up contaminated bases, and make polluters pay their fair share.

Some states are taking action on PFAS chemicals. See a chart by Safer States, a coalition of state-level chemical safety groups, which shows which states have PFAS policies. In addition, states are considering new laws on harmful chemicals.

A study of PFASs found 13 states made up 75 percent of their findings. California had the highest frequency of the chemicals, followed by New Jersey, North Carolina, Alabama, Pennsylvania, Ohio, New York, Georgia, Minnesota, Arizona, Massachusetts, and Illinois.

See EWG’s Tap Water Database to find out what chemicals are in your water supply.