Home About Newsletter Categories Donate
Consider putting a freeze on your credit bureau accounts
What are the best and worst cars to buy in 2019?

What are the best airline frequent flyer programs? 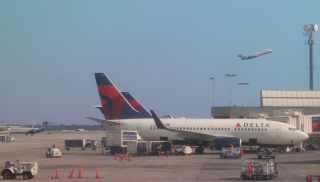 With U.S. airlines expected to carry more than 800 million passengers on domestic flights this year, consumers are interested in figuring out how they can save money on airline costs this year.

Do frequent flyer programs help consumers cut travel costs? They’re beneficial for me. My daughter lives in Madrid, and I’ll be using a free ticket this spring with the airline miles I’ve accumulated.

WalletHub, a personal finance website, released a report Wednesday on “2019’s Best Frequent Flyer Program.” It ranks the 10 largest domestic airlines based on 23 key items, ranging from the value of a point/mile to blackout dates for rewards flights.

Highlights from the report are:

WalletHub’s report also features a custom calculator that allows consumers to personalize the results based on their own budget.