Home About Newsletter Categories Donate
What are the best airline frequent flyer programs?
Which store has the cheapest ingredients for a stew? 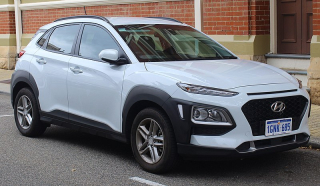 The all-new Subaru Ascent is Consumer Report’s Top Pick in the midsized SUV category. Its smooth power delivery, comfy ride, functional interior, and suspension performance that rival some luxury cars helped put it to the top of the pack said Jake Fisher, senior director of Automotive Testing at Consumer Reports. The top luxury SUV, the BMW X5, is among the best SUVs that CR has ever tested, Fisher said.

“The Ascent really impressed in our rigorous tests and is a great all-around performer,” he said. “It’s a highly functional and comfortable three-row vehicle that will appeal to many families.”

Toyota led all the automotive brands with four Consumer Reports Top Picks for the second consecutive year. The Prius earned Consumer Reports Top Pick honors for a record 16th time, this year including in the newly created Hybrid/Electric Car category. The fourth generation of the pioneering hybrid gets 52 mpg overall in Consumer Reports’ fuel economy tests, and maintains an outstanding track record for reliability and owner satisfaction, Fisher said. The Camry is the top midsized sedan for the second straight year. This is the second time that the Yaris has been a Top Pick; the first time it made the list was in 2017. The Avalon is on the list for the very first time.

Although new car prices continue to rise, half the cars on this year’s list cost less than $35,000. Those weren’t just base model prices either, but reflect the prices Consumer Reports paid for its test vehicles that had upgrades.

The list shows that consumers on a budget can still find satisfying, safe, reliable, and well-performing vehicles, Fisher said.

In order to be designated a Consumer Reports Top Pick, a model has to have an excellent Overall Score in its vehicle category. This single number consolidates the findings from four key categories: road-test performance, predicted reliability, owner satisfaction, and safety.

Consumer Reports thinks the safety benefits of automatic emergency braking are so important that only cars that include it as standard equipment were considered for the Top Picks list this year.

“Safety should always be standard, not a luxury reserved only for those who can afford it,” said Marta Tellado, president, and CEO of Consumer Reports. “Automatic emergency braking has proven to reduce crashes and save lives. We believe it should be standard in all new cars, just as backup cameras are today.”

Here is Consumer Reports’ analysis for its 10 Top Picks by category:

LARGE CAR: Toyota Avalon Hybrid, $38,643 as tested. The redesigned Avalon is a smart, value-driven alternative to luxury sedans such as the Acura TLX and Lexus ES. The spacious, richly furnished cabin has an upscale feel with soft materials and tasteful details. The front seats are wide and supportive, and the rear has generous legroom and available heated seats. The Avalon Hybrid returned 42 mpg overall in Consumer Reports’ tests and 52 mpg on the highway – astounding numbers for such a large car.

SUBCOMPACT CAR: Toyota Yaris, $17,570 as tested. The Yaris sedan delivers an impressive degree of quality and a joyful driving experience at an affordable price. The 2019 model gets improvements that include a new XLE trim level that adds upscale touches including automatic climate control. The ride is good for the class, and the handling is responsive, as demonstrated in emergency handling tests and other evaluations at Consumer Reports’ 327-acre Auto Test Center in Connecticut. All told, the Yaris is an energetic and nimble little car.

HYBRID/ELECTRIC CAR: Toyota Prius, $27,323 as tested. The Prius returns to Consumer Reports’ Top Picks list for a record 16th time. This pioneering hybrid has long been a paragon of efficiency, with the current model achieving 52 mpg overall and a stunning 59 mpg on the highway in CR’s tests. But it’s more than just thrifty; the Prius is a standout car with a stellar track record for reliability and owner satisfaction. For 2019, a newly available all-wheel-drive option makes this supremely practical car even more appealing.

COMPACT SUV: Subaru Forester, $29,341 as tested. The Forester is a versatile, no-nonsense vehicle that has broad appeal. This compact SUV’s roomy interior focuses on practicality and functionality. The 2019 redesign doesn’t look much different from its predecessor, but the Forester is now a more solid vehicle – quieter, with a more premium feel inside. Its power is admittedly modest, but its fuel economy tops the class. The ride is comfortable, the steering is responsive, and its body doesn’t lean too much around corners. Three advanced safety systems –forward collision warning, lane departure warning, and lane-keeping assist – all come standard.

MIDSIZED CAR: Toyota Camry Hybrid, $28,949 as tested. The Camry Hybrid is a hyper-efficient car that gets 47 mpg overall in Consumer Reports’ tests, and its hybrid-electric powertrain doesn’t compromise the driving experience. The hybrid battery pack doesn’t reduce trunk space, either. Plus, this car is a hair quicker from 0 to 60 mph than the regular four-cylinder Camry. A comfortable ride and capable handling add to the appeal. Standard safety gear includes pedestrian detection and lane departure warning.

MIDSIZED SUV: Subaru Ascent, $43,867 as tested. The three-row Ascent debuted at the top of Consumer Reports’ midsized SUV ratings thanks to its smooth power delivery, enjoyable ride, and functional interior. It has a turbocharged four-cylinder engine that’s energetic in everyday traffic, with plenty of reserve power for passing. Like most Subarus, the Ascent comes standard with all-wheel drive. It especially shines because of its excellent ride: The suspension handles road bumps better than some luxury cars. Its cabin is one of the finest in the segment, with comfortable seats and many soft-touch surfaces, especially on upper-trim versions.

SUBCOMPACT SUV: Hyundai Kona, $25,025 as tested. The Kona is a fun, new entry in a growing class of subcompact SUVs. It has a snazzy-looking exterior and an inviting interior. Despite its compact proportions, the Kona's smart design creates quite a bit of versatility thanks to its tall liftgate and split rear seats that fold down. Handling is a strong point – limited body lean and quick steering make it a joy to drive. Despite its entry-level pricing, forward collision warning, automatic emergency braking, and lane-keeping assist are all standard.

COMPACT LUXURY CAR: Audi A4, $48,890 as tested. The A4 is a thoroughly satisfying sports sedan with precise handling, the latest technology, and an undeniable cachet. Its interior is quiet and decked out in high-quality materials. The balanced suspension provides secure handling and a taut ride that effectively smooths rough patches in the road. The turbocharged four-cylinder engine has a superb response, with plenty of power when needed and a slick-shifting automatic transmission.

LUXURY SUV: BMW X5, $68,730 as tested. Redesigned for 2019, the midsized X5 is one of the best SUVs that Consumer Reports has ever tested. It’s difficult to make an SUV both luxury-car comfortable and fun to drive, but here BMW strikes the perfect balance. The turbocharged inline six-cylinder engine is powerful and responsive, helped by its quick-shifting eight-speed automatic transmission. The X5 delivers swift acceleration and fuel economy that’s impressive for its class, although it does require premium fuel.

Here is Consumer Reports’ analysis for six cars it no longer recommends:

The Tesla Model 3 and Chrysler 300 are among the six cars that can no longer be recommended by Consumer Reports due to declining reliability.

Predicted reliability is a key element in Consumer Reports’ Overall Score, which is calculated by combining a vehicle’s performance in the organization’s road tests; reliability and owner satisfaction ratings are drawn from Consumer Reports’ Auto Survey; the inclusion of blind-spot warning and frontal crash prevention systems with pedestrian detection; and, if available, results from government and insurance-industry crash tests. Only vehicles with the highest Overall Scores in their category earn a Consumer Reports’ Recommended. Declining reliability caused the Overall Scores of these vehicles to fall below that threshold. The Dodge Charger, Acura RDX, BMW 5 Series, and Volkswagen Tiguan also lost their Consumer Reports’ recommendation.

“Consumers expect their cars to last – and not be in the repair shop. That’s why reliability is so important,” said Fisher. “The latest results from CR’s exclusive reliability survey give us more real-time information on 2018 vehicles – so we can make more robust predictions about 2019 models people will buy.”

Consumer Reports’ Predicted Reliability rating is based on the model's recent history, provided the model hasn't been significantly redesigned for the current model year. For a brand new or redesigned model or one with insufficient data, Consumer Reports makes a prediction based on the manufacturer’s track record, history of the previous generation, or similar models that shared the same components.

“Our predictions are not a guarantee that any individual model will be reliable, but we believe that consumers who chose vehicles with a higher rating will be less likely to experience serious issues with their car,” he said.

Tesla Model 3 owners told Consumer Reports that problem areas included loose body trim and glass defects. With the Chrysler 300, it was problems with the in-car electronics and transmission. These reliability issues contributed to both brands going down 11 places in Consumer Reports’ latest Car Brand Rankings, which reveals which brands make the best cars.

Three other vehicles can now be recommended by Consumer Reports because of improved reliability. They are the BMW X3, Genesis G90, and Lincoln Nautilus, which used to be the Lincoln MKX.

Consumer Reports buys all its test cars anonymously from dealers and doesn’t accept free samples from automakers for any of its ratings or evaluations. Consumer Reports conducts a battery of tests on every vehicle it evaluates, including braking, handling, comfort, convenience, safety, and fuel economy. About 6,000 miles of general driving and evaluations are put on each car during the testing process.

Why was the Tiguan removed from the list? Please list reasons why a previous recommended auto was removed. Thank you

Here's a quote from Consumer Reports on the Tiguan. "The Tiguan had below-average reliability. Members who own the Tiguan, which was redesigned for the 2018 model year, told us that they experienced problems with the body control modules (which are the computers that control power components such as windows, locks, etc.), remote engine starting capability, and the headlights.

"A VW spokesman told CR that they were aware of these problems and had fixed them. “'They have all been addressed and should not be a concern for anyone shopping now,'” he said. “'The headlight issue was addressed almost immediately after launch, for instance.'”

some of these cars are also listed on the worse cars to own list. how can they be on both.

Please list reasons why a previous recommended auto was removed? Thank you