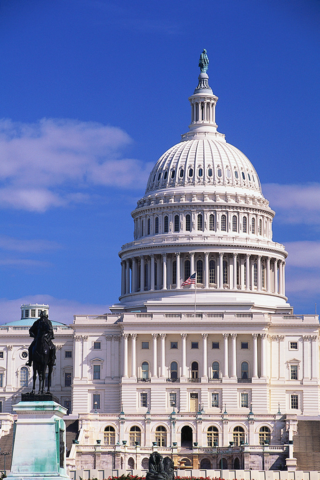 Ten years after the financial crisis, a majority of members of Congress in 2018 voted again and again for bank-backed bills that endanger financial stability, undermine consumer and investor protections, and enable racial discrimination in lending, according to a report by Americans for Financial Reform.

The report, “Where They Stand on Financial Reform,” shows how each lawmaker voted in areas affecting Wall Street and predatory lenders. It also identifies those members of Congress who most frequently voted with Wall Street or predatory lenders, and against the public interest.

“Majorities in the 115th Congress voted repeatedly for measures that benefit Wall Street and predatory lenders over consumers and investors,” said Rion Dennis, financial reform advocate at AFR. “Strong public opposition and the 60-vote threshold in the Senate ensured that many of these measures passed in the House, but not the Senate. But when some Democrats joined the solid block of Republicans – or where only 50 votes were required – dangerous deregulation became law.”

In the House of Representatives:

In the Senate, 45 senators, all Republicans, didn’t vote against any of the 15 deregulatory bills or bad nominees, nor did Vice President Pence in the two votes he cast. And 12 other senators, 10 Republicans, and two Democrats voted to advance more than 50 percent of bills or nominees covered in this report.

The 115th Congress voted on nearly 100 bad bills and, in the Senate, confirmed nominees with records of working against the public interest, and often directly for banks, said Dennis. On a party-line vote, a majority of senators also confirmed Kathy Kraninger as director of the Consumer Financial Protection Bureau. Kraninger first major actions were to propose rules to weaken consumer payday lenders' protections and to outline a new process to grant exemptions and exceptions to consumer protections quickly and without public input.

Two major measures important to Wall Street became law: a massive tax-cut bill – whose top beneficiaries were the biggest banks in the country, with Wells Fargo, which paid millions in fines for improper practices, seeing the largest windfall – and a rollback of parts of the Dodd-Frank Act.

Congress also used the Congressional Review Act to overturned two actions by the Consumer Financial Protection Bureau, one that curbed racial discrimination in auto lending, and another that restored consumers’ ability to band together in lawsuits to hold financial companies accountable if they break the law.

“Wall Street injects massive amounts of money into the political process, and they continue to exert a dangerously dominant influence in shaping important economic policy decisions,” said Lisa Donner, executive director of AFR. “The consequence is vote after vote that rigs the rules for Wall Street and predatory lenders, and perpetuates racial discrimination, and which makes life harder and less secure for most Americans.”