Why hasn’t more been done to protect women from harmful breast implants? 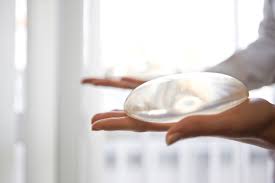 It’s been in the news for decades. Women suffering serious health effects from breast implants. Why haven’t they been outlawed?

Breast implants have caused many serious medical conditions in women, including scarring, pain, and hardening of the breasts when the implants rupture and leak silicone gel, said Sidney Wolfe, founder and senior adviser of Public Citizen's Health Research Group, a consumer advocacy organization.

“This also can cause an unusual type of cancer known as anaplastic large cell lymphoma and have been linked to autoimmune diseases,” Wolfe said.

"These post-approval trials to obtain information that should have been derived before, not after approval remind us why much more extensive mandatory pre-approval testing on such permanently implanted devices is necessary," he said. "Otherwise, women, in this case – and both genders, in too many other cases – are serving as unwitting guinea pigs."

Public Citizen has raised concerns since 1973 about serious health problems linked to breast implants. In 1988 and 1991, Public Citizen petitioned the FDA to ban silicone gel breast implants because of concerns about implant rupture, other local reactions, possible carcinogenicity, and autoimmune diseases. The FDA removed silicone gel-filled breast implants from the market in 1992 but in 2006 allowed them to be sold again under the condition that manufacturers conduct post-approval studies to assess their long-term safety.

The FDA has said, "Poor compliance and changes in surgical practice over time have produced results difficult to interpret in a generalized manner much less with the precision needed to deliver personalized patient care."

An FDA advisory committee finished two days of hearings Tuesday on complications from breast implants. The panel recommending that the U.S. Food and Drug Administration require manufacturers to provide health warnings to patients that are more clear and less complex. However, the panel didn’t recommend banning any of the various kinds of implants.