Home About Newsletter Categories Donate
What should adults and kids do for Earth Day 2019?
Baby boomers on travel, retirement, and finances 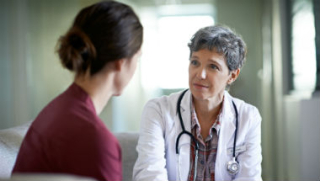 The U.S. Food and Drug Administration has ordered the manufacturers of all surgical mesh products for the transvaginal repair of pelvic organ prolapse to stop selling their products in the United States beginning April 16.

The FDA said the agency “has determined that the manufacturers, Boston Scientific and Coloplast, have not demonstrated a reasonable assurance of safety and effectiveness for these devices.” In February, Public Citizen, a citizen advocacy organization, testified before an FDA advisory committee and urged the agency to ban the products. Public Citizen first petitioned for a ban in 2011, which the agency denied in 2014.

“Although we welcome this long-overdue action, this ban comes too late for the thousands of women who have been irreparably harmed by these devices, long after the FDA knew the devices had ‘not demonstrated a reasonable assurance of safety,’” said Michael Carome, M.D., director, Public Citizen’s Health Research Group. “Since at least 2011, there has been clear evidence that these products are unsafe for treating pelvic organ prolapse and lack any clinically significant benefits.”

The agency’s reckless delay in removing these mesh products from the market calls in question the assertion of Jeffrey Shuren, M.D., director of the FDA’s Center for Devices and Radiological Health, that “patient safety is our highest priority.”

If the agency had granted Public Citizen’s 2011 petition promptly, thousands of women would have been spared serious, preventable life-altering harm, said Carome.