Home About Newsletter Categories Donate
Pedestrians: Pay attention when crossing the street and don’t eat pizza
What baby boomers have on their minds 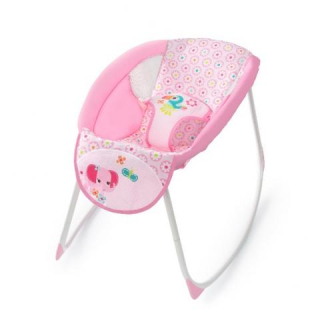 Kids II is recalling about 694,000 rocking infant sleepers after five deaths were reported.

This alert comes just two weeks after Fisher Price recalled 4.7 million Rock n ’Play baby sleepers, which had been linked to 30 infant deaths in the decade since they were introduced. Some of the babies died when they rolled over while unrestrained in the sleeper.

All models of Kids II Rocking Sleepers are being recalled.  A full list of the names and model numbers affected is below:

Parents should immediately stop using the Kids II sleepers and contact Kids II at 866-869-7954 or www.kids2.com for a refund or a voucher, the Consumer Product Safety Commission recommends.

“Parents rightfully expect more rigorous product testing when it comes to protecting infants,” said Adam Garber, the watchdog for the U.S. PIRG Education Fund Consumer. “For years, the American Academy of Pediatrics has said that a safe sleep surface is hard and flat. Kids2’s products, like Fisher-Price’s before it, clearly fail that test even though they were marketed as safe to sleep to parents across the country.

“Considering how many rocking baby sleepers are out there, and how long they’ve been out there, it will be difficult to make sure that everyone who has one of these sleepers gets a proper warning,” Garber said.

Fisher Price’s CFO said it only expected $5 million in returns, according to an article in USA Today.

“That’s not near enough to cover the 4.7 million dangerous sleepers out there,” he said. “We’re calling for more publicity about these recalls, and for the CPSC, Kids II, and Fisher-Price to use every tool at their disposal to protect American children."