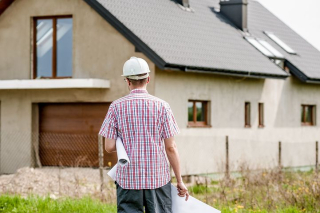 Angie’s List, an online rating service, has many shortcomings in addition to potential value to consumers, according to a Consumer Federation of America report.

Angie’s List, founded in 1995, was originally supported mainly by annual consumer subscriptions and prioritized service to these subscribers. Today, while consumers can join for free, Angie’s List gets almost all its revenue from advertising purchased by some of the local businesses that the online service lists and rates. Angie’s List recommends and gives preferential treatment to these advertisers and that can easily mislead consumers into thinking these businesses are the best ones and should be selected.

The report, “Angie’s List: An Evaluation of Its Usefulness for Consumers” shows that these profiled businesses are often not those rated the most highly by consumers and by a nonprofit rating group.

Angie’s List can offer value to consumers who are willing to provide their personal information for advertiser marketing and are willing to search carefully for useful information on the website, according to the report. In using Angie’s List, consumers should ignore Angie’s List’s recommended and profiled companies and, instead, look only at the customer reviews of all A-rated businesses with at least 25 recent reviews, paying closest attention to detailed comments and to negative reviews. Angie’s List shouldn’t be the only source of information in selecting a service provider.

“When possible, consumers should rely on nonprofit organizations that evaluate businesses and are not funded by the companies they are evaluating,” said Stephen Brobeck, a federation senior fellow, and the report’s co-author. “But when these organizations are not available, shoppers can benefit by consulting a variety of information sources, including the detailed consumer comments on Angie’s List.”

The report emphasizes that, in joining Angie’s List, consumers open themselves up to email and phone marketing by Angie’s List advertisers, who aren’t necessarily the best businesses offering a particular service. To join, consumers provide personal information including name, phone number, street address, and email address. A consumer trades his or her privacy and access to advertisers for their own access to the millions of consumer reviews collected by Angie’s List.

“While advertised as free, there is a price consumers pay for joining Angie’s List,” said Jack Gillis, the federation’s executive director, and the report’s co-author. “Consumers must submit personal information and then expect phone calls and emails from advertisers.”