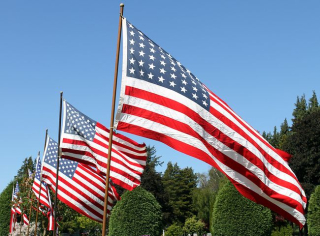 Nearly 43 million Americans will be taking a Memorial Day weekend trip. The unofficial start of the summer vacation season, Memorial Day will see the second-highest travel volume on record since AAA began tracking holiday travel in 2000, with the highest set in 2005. Compared to last year, an additional 1.5 million people will be traveling on Memorial Day, a 3.6 percent increase.

For holiday travelers who will drive to their destinations, travel delays on major roads could be more than three times longer than normal during evening commutes.

For travelers planning an international vacation for the Memorial Day weekend, Europe is the most popular choice. Rome, London, Dublin, and Paris are the cities most often chosen, with Vancouver, Canada, completing the top five.

The busiest airport pick-up locations for travelers renting a car this Memorial Day are expected to be Orlando, Los Angeles, Denver, Las Vegas, and San Francisco, according to Hertz. The busiest day for rental pick-ups is expected to be Friday, May 24, with an average rental length of nearly five days.

For cities that offer a Memorial Day activity as well as other activities, CNN offers this list, in alphabetical order:

See CNN’s article “Memorial Day Weekend 2019: 10 Best Places to Go in the U.S.” for details about the activities in each community.

Why travel at all? Why not stay home? Go to a local park. Sleep late. If you've got pets, enjoy them, spend time w/them. Children too, although children can be more difficult to amuse.

I usually stay home these days for Memorial Day, but I like knowing what the favorite travel cities are. My readers do, too. I get lots of page view on my holiday articles.