Crowdfunding scheme operator who failed to deliver charged by FTC 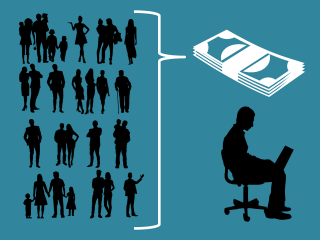 The operator of a crowdfunding scheme who told consumers he was raising money to develop a high-tech backpack and other products, but failed to deliver any of the products and instead used most of the funds for himself, is being sued by the Federal Trade Commission.

In its lawsuit, the FTC alleges that Douglas Monahan and his company iBackPack of Texas raised more than $800,000 from consumers through four crowdfunding campaigns. Monahan falsely claimed the funds would be used to develop products such as the “iBackPack,” which would include batteries for charging laptops and phones, cables, and a Bluetooth speaker.

“If you raise money by crowdfunding, you don’t have to guarantee that your idea will work,” said Andrew Smith, director of the FTC’s Bureau of Consumer Protection. “But you do have to use the money to work on your idea – or expect to hear from the FTC.”

Monahan sought funding in 2015 for the iBackPack through the crowdfunding site Indiegogo, saying contributions would go to develop, produce, and distribute the product by March 2016, according to the FTC’s lawsuit. The campaign raised more than $720,000 by November 2016.

Although the delivery date for the iBackPack was missed, Monahan started a second crowdfunding campaign in March 2016 on Kickstarter for the iBackPack 2.0, according to the lawsuit. This campaign ended in April 2016 after raising more than $76,000 with no product delivered.

At the same time, Monahan started two more crowdfunding campaigns on Indiegogo, which raised a total of about $11,000, according to the lawsuit. One campaign claimed it was raising funds to produce and distribute the “MOJO,” a shoulder bag that incorporated batteries, cables, and other features. The other campaign claimed to be raising money to produce and distribute the “POW” Smart Cable, a magnetic USB cable system with technological features.

Monahan made false statements to consumers about the status of products as well as to the crowdfunding sites to keep from being removed from their platforms. These include announcing in August 2016 that the POW Cables were “on their way here” or were “done/finished/shipped over with” or would be received within six weeks.

Monahan didn’t use the contributions received from the crowdfunding campaigns for the promised products, the FTC alleges. Instead, he spent most of the money on personal expenses and marketing efforts to try to raise additional funds, according to the lawsuit. Hundreds of consumers complained on the crowdfunding platforms about Monahan and his company’s failure to provide the promised products and about threats they received from Monahan after they contacted him with their concerns.

The FTC lawsuit has been filed in federal court. The state of Texas also filed a lawsuit Monday against iBackPack of Texas.