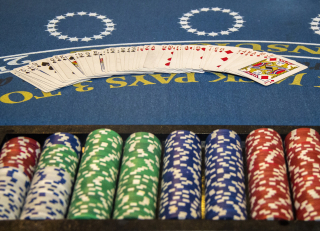 Public Citizen sued the U.S. Food and Drug Administration in federal court Monday over its failure to act on a nearly three-year-old petition seeking a boxed warning in the product labeling for widely used dopamine agonist medications, which can cause compulsive or uncontrollable behaviors.

The 2016 petition called for black box warnings on six dopamine agonist medications – apomorphine, bromocriptine, cabergoline, pramipexole, ropinirole, and rotigotine – that are used to treat Parkinson’s disease, restless leg syndrome, and several other conditions. It also called for the FDA to require that letters be sent to doctors and patients to warn them about the potential risks.

Patients taking a dopamine agonist drug may have up to a 20 times greater risk of impulse-control problems and compulsive behaviors, including pathological gambling and insatiable shopping or eating, than patients not using these medications. In severe cases, these behaviors can have devastating, life-altering effects. Divorces, financial ruin, criminal charges, and suicide attempts have been reported in patients using these medications, according to the petition.

Almost three years later, the FDA hasn’t granted or denied the petition, and Public Citizen is seeking a declaration that the agency violated the Administrative Procedure Act by failing to act.

“There is clear evidence that links dopamine agonist medications to certain impulse-control problems and compulsive behaviors,” said Michael Carome, M.D., director of Public Citizen’s Health Research Group. “The current warnings found in the product labels are far too obscure and weak and do not adequately warn prescribers and patients about these serious risks. The FDA needs to act now before these adverse effects devastate more patients’ lives.”