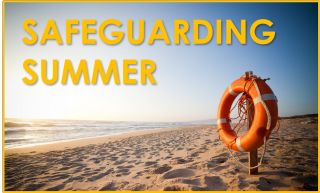 However, government regulations help consumers. A report by the Coalition for Sensible Safeguards lists 10 worker, health, safety, and transportation standards that could help consumers this summer.

“Summer is supposed to be when we take time off from work to spend with family and friends, enjoy picnics, barbeques and cookouts, lay out by the pool, head to the beach, take road trips across the country or fly to far-flung places,” the report says. “But what happens if you’ve been deprived of the wages needed to take time off or travel, if road trips, flights and tour boats are potentially dangerous, if it’s way too hot to work or play outside, and there’s a good chance the food and water may be hazardous to your health? Suddenly, summertime looks less like a dreamy vacation and more like a scorching hot nightmare.”

The regulations discussed in the report are:

Airline safety. The Federal Aviation Administration needs to take back authority for airplane safety inspections. After Congress directed the FAA to do so in 2004, the agency delegated responsibility for deciding whether Boeing’s airplanes are safe to Boeing itself. According to a 2013 GAO report, 90 percent of the work involved in safety certifications was carried out by private sector personnel.

Rear seat belt reminders. In 2012, Congress passed the Moving Ahead for Progress in the 21st Century Act, which required the U.S. Department of Transportation to issue a final safety standard no later than October 2015 requiring a safety belt reminder system for all seating positions. The agency hasn’t started working on a rule.

Hot cars. Systems designed to prevent hot car deaths can detect motion, carbon dioxide, temperature, weight, vital signs, door sequencing, and more. The Hot Cars Act of 2019 would ask the National Highway Traffic Safety Administration to require automakers to include a system in all passenger vehicles that could sense the presence of a child or animal inside and warn the driver.

Duck boats. Federal regulators have known about duck boats’ safety defects since 2002, when the National Transportation Safety Board issued safety recommendations after a duck boat sank in Arkansas, killing 13. Legislation in the U.S. Senate to require more stringent regulation of the vessels hasn’t gained substantial support.

Clean water rules. Clean water rules and agreements known as Total Maximum Daily Loads on the books at the local, state, and federal levels are designed to protect and restore waterways. They should be strengthened. Other actions for clean water that are needed include closing existing loopholes, improving American Farm Bureau Federation programs, enforcing clean water protections, and pushing back against regulatory rollbacks. Relying on corporations to do the right thing voluntarily, as the Trump administration recommends, isn’t enough.

Sunscreen. In 2014, the Sunscreen Innovation Act was passed to speed the review of new ingredients and the FDA requested more data from sunscreen companies, but no new ingredients have been approved. In February 2019, the FDA proposed recognizing two ingredients as safe and effective – zinc oxide and titanium dioxide – while recommending 12 other ingredients, including oxybenzone, needed more testing. The agency also proposed new labeling requirements and a cap on high SPF claims at 60-plus. But the rules are a long way from being finalized. Despite concerns raised for years, many sunscreens still contain oxybenzone, a potential hormone disruptor that may also cause coral bleaching and even coral death, or retinyl palmitate, a form of vitamin A that may speed the development of skin tumors.

Pork inspection. A forthcoming rule from the U.S. Department of Agriculture would slash the number of food safety inspectors at hog slaughterhouses and increase line speeds. Contaminated pork already causes more than half a million cases of foodborne illness in the U.S. each year and nearly 100 deaths.

Net neutrality for firefighters. When the Federal Communications Commission abolished net neutrality, prohibiting internet service providers from throttling or slowing down internet service, firefighters in California found during last year’s severe fires that their communication devices barely worked. Verizon had throttled their service because they’d exceeded their so-called “unlimited” data plan. Congress is considering the Save the Internet Act that would reinstate the 2015 Open Internet Order and restore the FCC’s ability to intervene when broadband providers fail the nation’s first responders.

Heat protections for workers. Excessive heat exposure can result in heat exhaustion, leading to nausea, headaches, and dehydration. If not treated promptly, heat exhaustion can progress rapidly to heat stroke and even death. Since the Occupational Safety and Health Administration won’t act, Congress is considering a heat stress standard. Only the U.S. Military and three states have heat protections for workers.

Overtime pay protections. Federal law requires people working more than 40 hours a week to be paid at 1.5 times their normal pay rate for the extra hours, but the law exempts salaried workers who make above a certain salary threshold and are deemed to have “executive, administrative, or professional” duties. The Trump administration proposed a much lower threshold – claiming that anyone making more than $35,000 a year is a well-paid executive who doesn’t need or deserve overtime protections. A stronger overtime rule is needed.

The reports’ authors include: the Center for Foodborne Illness Research & Prevention, the Center for Progressive Reform, the Center for Science in the Public Interest, the Consumer Federation of America, the Economic Policy Institute, the Environmental Working Group, Food & Water Watch, KidsAndCars.org, the New America’s Open Technology Institute, Public Citizen, and the Revolving Door Project at the Center for Economic and Policy Research.