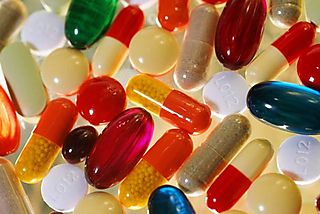 A 44-state coalition of attorneys general is suing Teva Pharmaceuticals and 19 of the nation's largest generic drug manufacturers alleging a conspiracy to increase prices and reduce competition for more than 100 generic drugs.

The lawsuit, filed in federal court, also names 15 individual senior executive defendants, leaders of the conspiracy, who were responsible for sales, marketing, pricing, and operations. The drugs make up billions of dollars of sales in the United States, and the alleged schemes increased prices affecting the health insurance market, taxpayer-funded healthcare programs such as Medicare and Medicaid, and individuals who had to pay artificially-inflated prices for their prescriptions drugs.

All types of drugs were included – tablets, capsules, suspensions, creams, gels, and ointments – as well as many classes of drugs – statins, ace inhibitors, beta blockers, antibiotics, anti-depressants, contraceptives, and non-steroidal anti-inflammatory drugs. The drugs treat a range of diseases and conditions from basic infections to diabetes, cancer, epilepsy, multiple sclerosis, HIV, ADHD, and more. In some cases, the coordinated price increases were more than 1,000 percent.

The lawsuit lays out an interconnected web of industry executives where these competitors met during industry dinners, "girls nights out," lunches, cocktail parties, and golf outings, and communicated by telephone calls, emails, and text messages that laid the groundwork for their illegal agreements. The lawsuit said defendants used terms such as "fair share," "playing nice in the sandbox," and "responsible competitor" to describe how they unlawfully discouraged competition, raised prices, and enforced a culture of collusion.

The lawsuit seeks damages, penalties, and actions by the court to restore competition to the generic drug market.

"We have hard evidence that shows the generic drug industry perpetrated a multi-billion-dollar fraud on the American people,” said Connecticut Attorney General William Tong. “We have emails, text messages, telephone records, and former company insiders that we believe will prove a multi-year conspiracy to fix prices and divide market share for huge numbers of generic drugs.”

The drugs included in the lawsuit are ones that people rely on every day for acute and chronic conditions and diseases ranging from diabetes and cancer to depression and arthritis, said Tong.

“We all wonder why our healthcare, and specifically the prices for generic prescription drugs, are so expensive in this country – this is a big reason why,” he said. “This investigation is still in its early stages. We will not stop until these companies and the individuals who orchestrated these schemes are held accountable.”

The lawsuit is the second to be filed in an ongoing investigation that the Connecticut Attorney General’s Office has referred to as possibly the largest cartel case in the U.S. history.

The first lawsuit, pending in federal court, was filed in 2016 and now includes 18 corporate defendants, two individual defendants, and 15 generic drugs. Two former executives from Heritage Pharmaceuticals, Jeffery Glazer and Jason Malek, have entered into settlement agreements and are cooperating with the attorneys general working group in that case, Tong said.

Drugs listed in the lawsuit as being included in price-fixing and market allocation agreements: