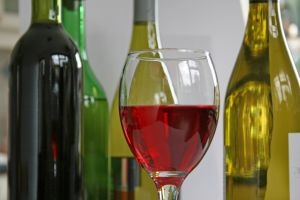 The Consumer Federation of America joined other consumer and public health groups Wednesday in calling for a warning statement on alcoholic beverages to increase consumer awareness of the link between alcohol and cancer.

The groups asked the U.S. Department of Treasury’s Alcohol and Tobacco Tax and Trade Bureau to undertake a process to amend the health warning statement required to appear on all alcoholic beverage labels.

The letter to TTB includes signatures from the American Institute for Cancer Research, the American Public Health Association, Breast Cancer Action, the Center for Science in the Public Interest, and the U.S. Alcohol Policy Alliance.

All alcoholic beverage labels now are required to include a warning statement on motor vehicle operation and drinking while pregnant. The law requiring that statement, passed in 1988, directs TTB to consult with the surgeon general and “promptly report” to Congress if “available scientific information” justifies a change in the statement. The groups said the TTB needs to fulfill that reporting duty.

They point to the surgeon general’s 2016 report documenting the link between alcohol consumption and cancers of the breast, oral cavity, esophagus, larynx, pharynx, liver, colon, and rectum.

“Even one drink per day may increase the risk of breast cancer,” according to the surgeon general’s report. The surgeon general’s conclusions are consistent with those of other public health authorities, such as the National Cancer Institute, which points out on its website that “there is a strong scientific consensus that alcohol drinking can cause several types of cancer.”

In light of this consensus, the groups are urging TTB to seek congressional authorization for the following amendment to the current warning statement:

GOVERNMENT WARNING: According to the Surgeon General, consumption of alcoholic beverages can cause cancer, including breast and colon cancers.

Such a warning would save lives, the groups said, because most consumers are unaware of the link between alcohol and cancer.

The World Health Organization first documented the link between alcohol and a variety of cancers in 1987.

Researchers estimate that cancers associated with alcohol consumption affect nearly 90,000 Americans each year, and that alcohol consumption represents the third largest contributor to cancer cases in women – behind smoking and obesity – and the fourth largest contributor to cancer in men – behind smoking, obesity, and UV radiation.

Despite these impacts, however, surveys have found that fewer than half of U.S. adults know that alcohol increases cancer risk, and the level of awareness may actually be declining.

“The disconnect between alcohol’s impact on cancer and the awareness of that impact should raise alarm bells,” said Thomas Gremillion, director of food policy at CFA. “The industry has succeeded in putting a health halo around alcohol. The government has the responsibility to give consumers the scientific information they need to make informed decisions about alcohol, just as it does with tobacco.”

Although scientific claims about moderate drinking’s potential health benefits have been reported, the Centers for Disease Control and Prevention point out that recent studies have raised significant questions about that research, and no U.S. public health authority advises people to start drinking if they don’t drink already.

“More and more studies are suggesting that even small amounts of alcohol may increase the risk of breast cancer, esophageal cancer, mouth cancer, and others.” said Gremillion. “Consumers have a right to know that alcohol causes cancer, so they can decide for themselves whether drinking is worth the risk.”

You're right about that. People who are heavy drinkers, especially.

Yes, I think drinking less or not drinking at all should be added to the list of what you can do to improve your health.